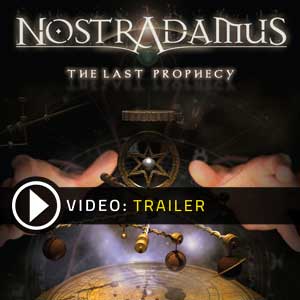 What is Nostradamus The Last Prophecy CD key?

It's a digital key that allows you to download Nostradamus The Last Prophecy directly to PC from the official Platforms.

How can I find the best prices for Nostradamus The Last Prophecy CD keys?

Allkeyshop.com compares the cheapest prices of Nostradamus The Last Prophecy on the digital downloads market to find the best sales and discount codes on trusted stores.

Nostradamus: The Last Prophecy is an adventure video game that was developed by Kheops, Mzone and Totm. It was a co-production by Elektrogames, Kheops Studio, MC2, Mzone and Totm, and is published in the US by MC2.

The game takes place in March 1566, in Salon de Provence, France, when the court of king Charles IX is touring France. His mother, Catherine de Médicis, who is the victim of strange curse, lost power 3 years previously. She decides to pay a visit to her doctor and astrologer, Michel de Nostre-Dame, better known as Nostradamus; but he is too fatigued to help her.

It is his daughter Madeleine, under the false identity of her brother César, who offers her services to the queen mother. The player alternates between Clayton Feis the young woman and Madeleine disguised as César, depending on the situation to search through political scheming and ancestral prophecies.

Hours of interesting gameplay is up for grabs when you play Nostradamus: The Last Prophesy.