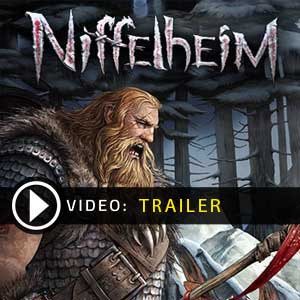 What is Niffelheim CD key?

It's a digital key that allows you to download Niffelheim directly to PC from the official Platforms.

How can I find the best prices for Niffelheim CD keys?

Allkeyshop.com compares the cheapest prices of Niffelheim on the digital downloads market to find the best sales and discount codes on trusted stores.

Niffelheim is an action, adventure, indie and RPG video game developed and published by Ellada Games. A 2D action, side-scrolling game that is set in a beautifully amazing hand-drawn and painted world.

The game offers exploration in a Nordic fantasy setting. Play as a viking who is in his final crusade. Aboard a funeral ship with flames ablazing to destroy everything that ties you to the physical world. With only your sword and your destiny in your own hands, you shall enter Niffelheim the harsh land of ancient spirits.

You will be fighting against the darkness and whatever evil that lurks in the underworld. Battle the mad spirits and the demons of death. Kill the ancient evils that rule over the cruel land.

In order to survive you would have to build castles for your stronghold. Gather resources like hunting animals for food. Craft weapons and items that you will need to survive.

Explore the huge world and complete quests. Search for countless treasure in the endless dungeons and caverns. Best thing of all – tame a dragon!

This huge ancient open world game will surely captivate you.

GOG.COM CD KEY : You need to register on Gog.com, then use the GOG Key to download and activate your game to play Niffelheim.
EU STEAM CD KEY: Requires an EUROPEAN IP address or you must activate it with a VPN (Virtual Private Network) in order to play Niffelheim. Might have languages restrictions or language packs. Read the description on the store game page to know if the EU IP is only needed for activation or for playing also (maybe on EU Servers). Most of the stores offer you their help, or show you how to do this with a tutorial to follow.
EUROPEAN STEAM GIFT : It’s a steam gift for Europe which requires an European IP address to activate and to play Niffelheim on Steam. Read carefully the store description about region and language restrictions.
STEAM GIFT : A Steam gift is a one-time transfer you receive. You activate and install Niffelheim to play on Steam, it is a non-refundable game that stays in your Steam games collection. Please read the store description about any language or region restrictions.
STEAM CD KEY : Use the Steam Key Code on Steam Platform to download and play Niffelheim. You must login to your Steam Account or create one for free. Download the (Steam Client HERE). Then once you login, click Add a Game (located in the bottom Left corner) -> Activate a Product on Steam. There type in your CD Key and the game will be activated and added to your Steam account game library.
Early Access
Standard Edition

One of my favourite Games. It is a survival RPG like Conan Exiles, ARK Survival Evolved and ATLAS set in Viking Northern Mythology and in Retro 2D! :-))) Coop, Multiplayer Online and Crossplay with Playstation 4, XBOX and Nintendo Switch is really Fun!