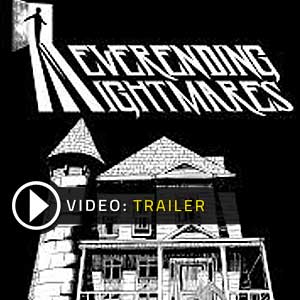 What is Neverending Nightmares CD key?

It's a digital key that allows you to download Neverending Nightmares directly to PC from the official Platforms.

How can I find the best prices for Neverending Nightmares CD keys?

Allkeyshop.com compares the cheapest prices of Neverending Nightmares on the digital downloads market to find the best sales and discount codes on trusted stores.

Neverending Nightmares is an action, adventure videogame developed and published by Infinitap Games. It is a horror game drawing inspiration from the lead designer Matt Gilgenbach‘s personal struggles with obsessive–compulsive disorder and depression.

The player takes the role of Thomas, a man who “wakes up” from one nightmare and into another. As the player navigates Thomas throughout the game, the nightmares become progressively worse and worse, including the horrifying monsters that lurk within them.

Each time Thomas dies in a nightmare, comes across some serious cause of depression, or commits self-harm, he will “wake up” again in either the same nightmare as before, or into a different one. This acts as the game’s checkpoint and save system. The game contains a total of three different endings, all influenced by the player’s actions and resulting nightmares.

The game features a 2D hand-drawn line art style heavily influenced by the works of Edward Gorey. It uses a minimalist user interface, forgoing onscreen prompts and loading screens during play in order to increase immersion.

Join Thomas as you explore his various nightmares. Happy haunting!

Zoom 1m 3m 1y All
Track product
GOG.COM CD KEY : You need to register on Gog.com, then use the GOG Key to download and activate your game to play Neverending Nightmares.
STEAM CD KEY : Use the Steam Key Code on Steam Platform to download and play Neverending Nightmares. You must login to your Steam Account or create one for free. Download the (Steam Client HERE). Then once you login, click Add a Game (located in the bottom Left corner) -> Activate a Product on Steam. There type in your CD Key and the game will be activated and added to your Steam account game library.
Standard Edition
Compare Choose & Buy Download (743)