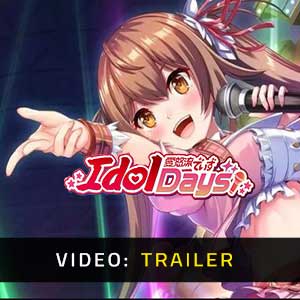 What is IdolDays CD key?

It's a digital key that allows you to download IdolDays directly to PC from the official Platforms.

How can I find the best prices for IdolDays CD keys?

Allkeyshop.com compares the cheapest prices of IdolDays on the digital downloads market to find the best sales and discount codes on trusted stores.

IdolDays is a dating sim / visual novel developed by renowned VN developer and publisher Qureate, it tells the story of a young man working for an Akihabara-based talent agency as a scout for new talent to recruit, but as of lately he hasn’t found much of anything even getting into trouble with his superior, but as luck would have it while trying to relax in a park, he hears a beautiful voice singing somewhere in the park, a young delinquent looking girl feeding a cat, at that moment their fates are intertwined, will she become the idol of your dreams?

IdolDays is yet another entry in this series, and it doesn’t try to be anything else. Maybe I’m just getting used to them, but I enjoyed the ups and downs this story presented, along with the goal of overcoming the hand you were dealt in life and facing your fears. It’s just a low impact, short romance, and nothing more.

Zoom 1m 3m 1y All
Track product
STEAM CD KEY : Use the Steam Key Code on Steam Platform to download and play IdolDays. You must login to your Steam Account or create one for free. Download the (Steam Client HERE). Then once you login, click Add a Game (located in the bottom Left corner) -> Activate a Product on Steam. There type in your CD Key and the game will be activated and added to your Steam account game library.
Standard Edition
Compare Choose & Buy Download (772)