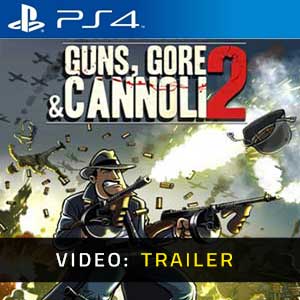 It's a digital key that allows you to download Guns Gore and Cannoli 2 directly to Playstation 4 from PSN (Playstation network).

Guns, Gore & Cannoli 2 is a beautifully crafted run and gun shooter that combines great visuals, exciting gameplay and some dumb but fun humor to create one of the most enjoyable shooters on PSN.

Guns, Gore, and Cannoli 2 isn’t going to give your brain a workout or challenge you with precision gameplay but you could do a lot worse if you’re just looking for a simple and easy to pick up and play 2D action game.