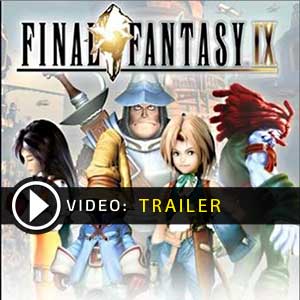 What is FINAL FANTASY 9 CD key?

It's a digital key that allows you to download FINAL FANTASY 9 directly to PC from the official Platforms.

How can I find the best prices for FINAL FANTASY 9 CD keys?

Allkeyshop.com compares the cheapest prices of FINAL FANTASY 9 on the digital downloads market to find the best sales and discount codes on trusted stores.

Final Fantasy is a role playing video game developed and published by Square Enix. The game has two modes, a single player mode as well as a multiplayer mode. This is the ninth game that came out of the Final Fantasy series.

Final Fantasy IX focuses on the war between nations. Zidane Tribal, a young thief joins with other nations to defeat the Queen of Alexandria who started the war. Later on, the characters in the game realizes that the Queen is working for an even more terrifying evil called Kuja.

In this game, the player will control a character exploring different towns and dungeons and will interact with other game characters. Players get to speak to Moogles to record their progress in the game, purchase items and restore life energy.

The Final Fantasy IX allows the players to view unfolding events at different location, character development, prompts for key stories and special items with the introduction of Active Time Events.

US XBOX ONE GAME CODE : Xbox Live Game Code for NORTH AMERICA ONLY. Use the Digital Code received by mail in your Xbox One account to download FINAL FANTASY 9 from the Xbox Live. Internet conection is required. Please read the store description about any language or region restrictions.
STEAM CD KEY : Use the Steam Key Code on Steam Platform to download and play FINAL FANTASY 9. You must login to your Steam Account or create one for free. Download the (Steam Client HERE). Then once you login, click Add a Game (located in the bottom Left corner) -> Activate a Product on Steam. There type in your CD Key and the game will be activated and added to your Steam account game library.
STEAM GIFT : A Steam gift is a one-time transfer you receive. You activate and install FINAL FANTASY 9 to play on Steam, it is a non-refundable game that stays in your Steam games collection. Please read the store description about any language or region restrictions.
EUROPEAN STEAM GIFT : It’s a steam gift for Europe which requires an European IP address to activate and to play FINAL FANTASY 9 on Steam. Read carefully the store description about region and language restrictions.
EU STEAM CD KEY: Requires an EUROPEAN IP address or you must activate it with a VPN (Virtual Private Network) in order to play FINAL FANTASY 9. Might have languages restrictions or language packs. Read the description on the store game page to know if the EU IP is only needed for activation or for playing also (maybe on EU Servers). Most of the stores offer you their help, or show you how to do this with a tutorial to follow.
PC Win 10 / Xbox One Key : This is a Microsoft Xbox Play Anywhere code to play on PC and Xbox One. You need to have installed Windows 10 Anniversary Edition update on your PC or the latest update on your Xbox One console. Log into your Xbox Live/Microsoft account to download and play. Read closely the description given by the store to activate your game.
Standard Edition. Read the store description to know the content.
Bundle. Read the store description to know the content.

Be the first one to write a review about FINAL FANTASY 9 !

Amazing game! Childhood memories. A bit expensive but we have AKS for that <3

I dont know this game, but i saw this deal on the deal of the day channel and there were no coments here so, im first 🙂