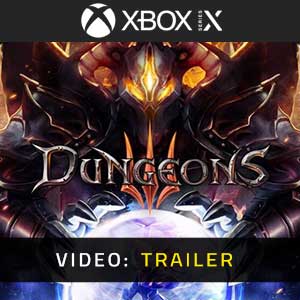 What is Dungeons 3 CD key?

It's a digital key that allows you to download Dungeons 3 directly to PC from the official Platforms.

How can I find the best prices for Dungeons 3 CD keys?

Dungeons 3 Once Upon A Time

The Good Fairy lives in Fairyland, where the Absolute Evil visits. This abhorrently nice creature gives heroes energizing potions and is typically the abhorrent wellspring of virtue. The Absolute Evil takes this tale to a horrible conclusion with the aid of some ensorcelled heroes and quite a few exploding sheep!

Dungeons 3 Evil of the Caribbean

Thalya has earned some peace and quiet after all of her exploits, so the Never-Gives-Subordinates-Vacation Evil sends her to Turtoga, a haven for pirates. However, it still has a few teeny-tiny responsibilities left for its general, including rum running, dealing with sea animals from the depths of the ocean, and still not paying off gambling debts.