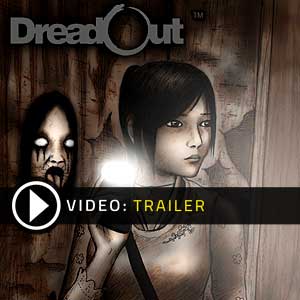 What is DreadOut CD key?

It's a digital key that allows you to download DreadOut directly to PC from the official Platforms.

How can I find the best prices for DreadOut CD keys?

Allkeyshop.com compares the cheapest prices of DreadOut on the digital downloads market to find the best sales and discount codes on trusted stores.

DreadOut is a third-person psychological survival horror game that uses mechanics similar to those found in the Fatal Frame series, with a modern twist. The player character, Linda, uses modern gadgets, such as smartphones and digital video cameras, to interact with (or fend off) various kinds of Indonesian mythical ghosts, and to help her solve various puzzles in a deserted town. When Linda dies in the game, she awakens in darkness surrounded by candles with a bright light in the distance. By running towards the light, Linda will come back to life.

The game features both third and first-person control schemes, with the player navigating environments with a standard over-the-shoulder perspective. If the player decides to use their digital camera to photograph something, they enter a first-person perspective to see through Linda’s equipped camera.

GOG.COM CD KEY : You need to register on Gog.com, then use the GOG Key to download and activate your game to play DreadOut.
EUROPEAN STEAM GIFT : It’s a steam gift for Europe which requires an European IP address to activate and to play DreadOut on Steam. Read carefully the store description about region and language restrictions.
STEAM GIFT : A Steam gift is a one-time transfer you receive. You activate and install DreadOut to play on Steam, it is a non-refundable game that stays in your Steam games collection. Please read the store description about any language or region restrictions.
STEAM CD KEY : Use the Steam Key Code on Steam Platform to download and play DreadOut. You must login to your Steam Account or create one for free. Download the (Steam Client HERE). Then once you login, click Add a Game (located in the bottom Left corner) -> Activate a Product on Steam. There type in your CD Key and the game will be activated and added to your Steam account game library.
Collection
Standard Edition

Strange game, but for that price i’ll give it a shot!