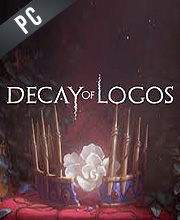 What is Decay of Logos CD key?

It's a digital key that allows you to download Decay of Logos directly to PC from the official Platforms.

How can I find the best prices for Decay of Logos CD keys?

Allkeyshop.com compares the cheapest prices of Decay of Logos on the digital downloads market to find the best sales and discount codes on trusted stores.

Decay of Logos is an action, adventure, role-playing video game that is developed by Amplify Creations and published by Rising Star Games.

With her new village destroyed, our young protagonist named Ada is out to seek revenge on those who are responsible for its destruction – the Crimson Knights. She finds herself going through a journey with a mystical elk that will go with her through dungeons, ancient ruins, and just the entire realm that was once peaceful. Find out what the mysterious force is behind what is corrupting the land and its inhabitants.

There won’t be any hand-holding in this game as you go through its third-person action–adventure RPG. You can choose a more tactical approach in dealing with enemies just make sure that you have enough stamina to parry, dodge and do some counter-attacks. Before you jump into encounters, check with your elk’s secondary inventory and choose the best weapon, gear or potion needed in the battle.

Combat will be challenging and highrisk but the rewards will be worth it. Your elk companion is very handy to have around as you go through the game, you will solve puzzles and unravel mysteries together and your bond will be stronger than ever.

Decay of Logos gives players an exploration with deep lore, mystical creatures, charismatic NPCs and ancestral environmental puzzles. The game is a complete package, what more can you ask for.

Zoom 1m 3m 1y All
Track product
GOG.COM CD KEY : You need to register on Gog.com, then use the GOG Key to download and activate your game to play Decay of Logos.
STEAM CD KEY : Use the Steam Key Code on Steam Platform to download and play Decay of Logos. You must login to your Steam Account or create one for free. Download the (Steam Client HERE). Then once you login, click Add a Game (located in the bottom Left corner) -> Activate a Product on Steam. There type in your CD Key and the game will be activated and added to your Steam account game library.
Standard Edition
Compare Choose & Buy Download (791)