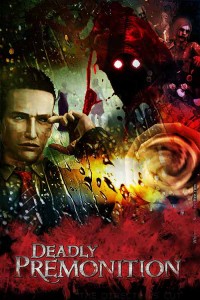 What is Deadly Premonition CD key?

It's a digital key that allows you to download Deadly Premonition directly to PC from the official Platforms.

How can I find the best prices for Deadly Premonition CD keys?

Allkeyshop.com compares the cheapest prices of Deadly Premonition on the digital downloads market to find the best sales and discount codes on trusted stores.

The game uses a third-person view which puts the player in the shoes of an FBI Special Agent named Francis York Morgan as he unveils the identity of the Raincoat Killer, who is responsible for a murder in the town of Greenvale.

The game’s objective is to guide the protagonist while making him stay alive in a place where supernatural creatures dwell as he sets out on a series of interlocking mysteries and action-filled quests in order to find out who this raincoat-clad, axe-wielding killer really is. Meet complex characters along the way, some might just play an important part in unraveling the storyline’s mystery.

This franchise is an epitome of a weird and wonderful experience; it manages to be hilarious, emotional, and disturbing at the same time. It never ceases to consistently offer surprises and amusement, and leaves loyal fans wanting for more. To see is to believe. So just play the game and you won’t be disappointed!

Zoom 1m 3m 1y All
Track product
PUBLISHER WEBSITE CD KEY: Use the CD Key Code to download directly on the Official Website or from the store to play Deadly Premonition. Follow the instructions given by the store. Verify languages available and possible region restrictions before buying.
STEAM GIFT : A Steam gift is a one-time transfer you receive. You activate and install Deadly Premonition to play on Steam, it is a non-refundable game that stays in your Steam games collection. Please read the store description about any language or region restrictions.
STEAM CD KEY : Use the Steam Key Code on Steam Platform to download and play Deadly Premonition. You must login to your Steam Account or create one for free. Download the (Steam Client HERE). Then once you login, click Add a Game (located in the bottom Left corner) -> Activate a Product on Steam. There type in your CD Key and the game will be activated and added to your Steam account game library.
Bundle
Standard Edition
Compare Choose & Buy Download (772)