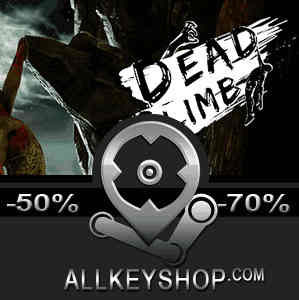 What is Dead Climb CD key?

It's a digital key that allows you to download Dead Climb directly to PC from the official Platforms.

How can I find the best prices for Dead Climb CD keys?

Allkeyshop.com compares the cheapest prices of Dead Climb on the digital downloads market to find the best sales and discount codes on trusted stores.

Dead Climb is a simulation video game that is developed by dev4play and published by Fat Dog Games.

This may seem like the silliest game that you will ever play but it is so amusing that you will surely spend hours playing. As with the title, the game is literally a Dead Climb. You will actually be climbing as a corpse. The game’s ragdoll physics is amazing and of course hilarious.

The story behind the game is that you were once alive, you climbed, fell and died. You were just resurrected by a mysterious green goo. With that said it is that green goo that you will be needing in order to climb. Keep an eye on your goo meter and make sure to gather the slime when you see some during your climb.

Players can customize their characters as well as get to enjoy three game modes. In Free Climbing mode you must manage the goo that you have while climbing. In Time Attack, you must manage your goo and then have a time limit as well. In Avoid Danger Mode a sideways move is added in order for you to avoid the falling boulders.

Dead Climb is all about tactics because every move that you make would eat up at your goo resource.

STEAM CD KEY : Use the Steam Key Code on Steam Platform to download and play Dead Climb. You must login to your Steam Account or create one for free. Download the (Steam Client HERE). Then once you login, click Add a Game (located in the bottom Left corner) -> Activate a Product on Steam. There type in your CD Key and the game will be activated and added to your Steam account game library.
Bundle
Standard Edition