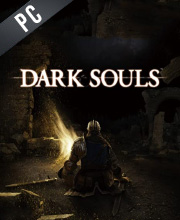 What is Dark Souls CD key?

It's a digital key that allows you to download Dark Souls directly to PC from the official Platforms.

How can I find the best prices for Dark Souls CD keys?

Allkeyshop.com compares the cheapest prices of Dark Souls on the digital downloads market to find the best sales and discount codes on trusted stores.

Dark Souls is an action role-playing game developed by FromSoftware and published by BANDAI NAMCO Entertainment.

It is referred to as the spiritual successor to Demon’s Souls, and is considered as the second installment of the Souls series. The game takes place in a fictional world called Kingdom of Lordran, and you will take on the role of a cursed human who was chosen to go on a pilgrimage to the Undead Asylum and discover the fate of the Undead.

Similar with its predecessor, Dark Souls has familiar features which fans of the previous installment will truly appreciate. From its environment, gameplay mechanics, and game modes, this game definitely has more to offer. The game’s open-world map definitely brings players tons of hours of exploration through various paths.

Various enemies and bosses will also be encountered along the way, and by defeating them, you’ll receive “souls” (which act as either an in-game currency, or experience points). If wounded in battle, find Bonfires scattered all throughout the map in order to heal yourself.

Other game features include network play (PvP, or co-op) and flexible character development.

Be the light in a dark world. The adventure awaits you in Dark Souls.

Zoom 1m 3m 1y All
Track product
EU STEAM CD KEY: Requires an EUROPEAN IP address or you must activate it with a VPN (Virtual Private Network) in order to play Dark Souls. Might have languages restrictions or language packs. Read the description on the store game page to know if the EU IP is only needed for activation or for playing also (maybe on EU Servers). Most of the stores offer you their help, or show you how to do this with a tutorial to follow.
STEAM GIFT : A Steam gift is a one-time transfer you receive. You activate and install Dark Souls to play on Steam, it is a non-refundable game that stays in your Steam games collection. Please read the store description about any language or region restrictions.
STEAM CD KEY : Use the Steam Key Code on Steam Platform to download and play Dark Souls. You must login to your Steam Account or create one for free. Download the (Steam Client HERE). Then once you login, click Add a Game (located in the bottom Left corner) -> Activate a Product on Steam. There type in your CD Key and the game will be activated and added to your Steam account game library.
Standard Edition
Compare Choose & Buy Download (772)

The best souls ever, magnetic, sometimes I have to replay it.

I completed this game like 6 times, couldn’t recommend it more!

Truly a bargain for a game that started it all, the cornerstone that began the Dark Souls Series (Apart from it’s spiritual predecessors of the Demon Souls series) still good looking by today’s standards and gameplay wise one of the best level designs ever, truly a steal at this price.