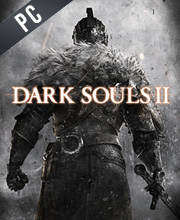 What is Dark Souls 2 CD key?

It's a digital key that allows you to download Dark Souls 2 directly to PC from the official Platforms.

How can I find the best prices for Dark Souls 2 CD keys?

Allkeyshop.com compares the cheapest prices of Dark Souls 2 on the digital downloads market to find the best sales and discount codes on trusted stores.

One of the best games of 2014, Dark Souls II is here to give you an amazing gaming experience, featuring a relentless single and multiplayer combat mode, top notch graphics, and sound effects like never before.

Dare yourself to embark on a dark journey and feel the thrill of deadly enemy encounters, overwhelming stages and the challenge that only Dark Souls II can deliver. The game is fun and the storyline feels like a dark novel – serie yet solid and exciting at the same time. Because of the game’s nature, it distorts human senses, grasping a wide range of threats that will prey on human senses and phobias (auditory hallucinations, vertigo, acrophobia, and much more).

The game’s story still takes place in a fictional world called Drangleic, but with a couple of changes that greatly impact the game. Character customization in Dark Souls 2 now takes place in the hut close to the beginning of Things – Betwixt Zone. Players can now select one of the 8 featured starting Classes. Two new classes are also introduced: The Explorer and the Swordsman.

In online mode, visiting other characters’ games are now limited by a timer. Covenants still exist but have undergone some refinement. Undead can now be invaded and you lose maximum health the more you die as undead. Dark Souls 2 is a little bit newbie-friendly right now and makes PVP a little bit interesting. It also features a number of key changes which does a significant change in gameplay, including revamped rules for PVP and co-op mode.

STEAM GIFT : A Steam gift is a one-time transfer you receive. You activate and install Dark Souls 2 to play on Steam, it is a non-refundable game that stays in your Steam games collection. Please read the store description about any language or region restrictions.
STEAM CD KEY : Use the Steam Key Code on Steam Platform to download and play Dark Souls 2. You must login to your Steam Account or create one for free. Download the (Steam Client HERE). Then once you login, click Add a Game (located in the bottom Left corner) -> Activate a Product on Steam. There type in your CD Key and the game will be activated and added to your Steam account game library.
STEAM KEY ROW : It means for Rest Of the World countries which are not concerned by the region restrictions. This product can't be purchased and activated in Several countries. Please read the store description to know the full list of countries which are concerned. Use the key to Download and play Dark Souls 2 on Steam.
Bundle
Standard Edition

It’s not as epic as the first Dark Souls and it doesn’t have the gameplay of the third Dark Souls, but it’s still a great great game with his own strong points!

Such a rewarding, unique and challenging game. The entire Souls series is great.

Everyone is out of stock apparently, and the prices aren’t what are listed.

Thank you for your feedback, Gordon. We sincerely apologize for this matter. We will review all our prices to give our users an accurate information. Hope you’ll visit our site again soon.