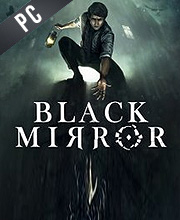 What is Black Mirror CD key?

It's a digital key that allows you to download Black Mirror directly to PC from the official Platforms.

How can I find the best prices for Black Mirror CD keys?

Allkeyshop.com compares the cheapest prices of Black Mirror on the digital downloads market to find the best sales and discount codes on trusted stores.

Black Mirror is the name of the ancestral manor of the Gordon family located in England. Samuel Gordon is forced to return there after 12 years absence following the death of his grandfather, William Gordon. Despite occurring under mysterious circumstances, William’s death is considered a suicide by everyone except for Samuel.

Plagued by sudden nightmares and excruciating headaches, Samuel is determined to find the true causes of his grandfather’s death. Soon, strange and unexpected deaths occur. Samuel’s investigation reveals that his grandfather has interests in the “world of darkness”.

The quests of the game lead to “Dark Mirror”, a portal to an unknown world. Elements of black magic are obvious at the final chapter. The “Dark Mirror” is depicted as a book on a pentagram.

Zoom 1m 3m 1y All
Track product
GOG.COM CD KEY : You need to register on Gog.com, then use the GOG Key to download and activate your game to play Black Mirror.
ORIGIN CD KEY : Use the Origin Key Code (Electronic Arts - EA) on Origin Platform to download and play Black Mirror. You have to login to your Origin Account or create one for free. Download and install the Origin Software HERE) then you can activate the game on it. Once installed, start Origin, click on the Origin Tab and click on Redeem Product Code and just enter the key. The game will appear in your My games list.
EU STEAM CD KEY: Requires an EUROPEAN IP address or you must activate it with a VPN (Virtual Private Network) in order to play Black Mirror. Might have languages restrictions or language packs. Read the description on the store game page to know if the EU IP is only needed for activation or for playing also (maybe on EU Servers). Most of the stores offer you their help, or show you how to do this with a tutorial to follow.
STEAM CD KEY : Use the Steam Key Code on Steam Platform to download and play Black Mirror. You must login to your Steam Account or create one for free. Download the (Steam Client HERE). Then once you login, click Add a Game (located in the bottom Left corner) -> Activate a Product on Steam. There type in your CD Key and the game will be activated and added to your Steam account game library.
STEAM KEY ROW : It means for Rest Of the World countries which are not concerned by the region restrictions. This product can't be purchased and activated in Several countries. Please read the store description to know the full list of countries which are concerned. Use the key to Download and play Black Mirror on Steam.
Bundle
Franchise Pack
Standard Edition
Compare Choose & Buy Download (759)

I am sorry for that, i have checked also and it was wrong links indeed it has been fixed already.

DREAMGAME’s selling game is BLACK MIRROR I (original 2003) not the new 2017 version!