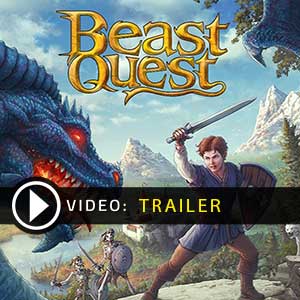 What is Beast Quest CD key?

It's a digital key that allows you to download Beast Quest directly to PC from the official Platforms.

How can I find the best prices for Beast Quest CD keys?

Allkeyshop.com compares the cheapest prices of Beast Quest on the digital downloads market to find the best sales and discount codes on trusted stores.

Beast Quest is an action–adventure video game developed by Maximum Games and published by Torus Games and introduces the player in the mythical world of Avantia. With RPG elements, the story is based on the best-selling fantasy novel series of the same name.

As a great hero, the player starts its journey through spectacular environments, battle dangerous creatures and release them from the dark magic of the wizard called Malvel.

The game also lets players discover many parts of the world, artifacts, lost fortunes and many other side missions.

Attack and defense, battle the Beasts, embark yourself in great adventures and defeat the dark magic in Beast Quest.

EUROPEAN STEAM GIFT : It’s a steam gift for Europe which requires an European IP address to activate and to play Beast Quest on Steam. Read carefully the store description about region and language restrictions.
STEAM CD KEY : Use the Steam Key Code on Steam Platform to download and play Beast Quest. You must login to your Steam Account or create one for free. Download the (Steam Client HERE). Then once you login, click Add a Game (located in the bottom Left corner) -> Activate a Product on Steam. There type in your CD Key and the game will be activated and added to your Steam account game library.
Standard Edition