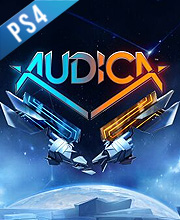 What is Audica Game Code?

It's a digital key that allows you to download Audica directly to Playstation 4 from PSN (Playstation network).

Allkeyshop.com compares the cheapest prices of Audica on the digital downloads market to find the best sales and discount codes on trusted stores.

Audica is a rhythm shooter that is played in VR. Equipped with rhythm blasters, shoot targets to the beat of the soundtrack playing. Timing and accuracy is the key to get a high score! The higher your score, the better you will rank in the leaderboards.

Though the environments offer intriguing ethereal backdrops to fire from, they’re a bit busier than we’d like.

As expected, Harmonix’s take on VR-powered rhythm action has a lot going for it thanks to smart gameplay and very accurate controls.

AUDICA – Ariana Grande – “Into You”

Find all the best prices for Audica DLCs on Allkeyshop!