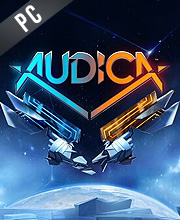 What is Audica CD key?

It's a digital key that allows you to download Audica directly to PC from the official Platforms.

How can I find the best prices for Audica CD keys?

Allkeyshop.com compares the cheapest prices of Audica on the digital downloads market to find the best sales and discount codes on trusted stores.

Audica is a rhythm shooter that is played in VR. Equipped with rhythm blasters, shoot targets to the beat of the soundtrack playing. Timing and accuracy is the key to get a high score! The higher your score, the better you will rank in the leaderboards.

It’s an arcade light show set to an energetic soundtrack with note patterns that stream in from all around, keeping you constantly on your toes as the music comes to life through firepower.

If you love rhythm-action videogames and are looking for a proper challenge then you can’t go too far wrong with Audica.

AUDICA – Ariana Grande – “Into You”

Find all the best prices for Audica DLCs on Allkeyshop!

Zoom 1m 3m 1y All
Track product
STEAM CD KEY : Use the Steam Key Code on Steam Platform to download and play Audica. You must login to your Steam Account or create one for free. Download the (Steam Client HERE). Then once you login, click Add a Game (located in the bottom Left corner) -> Activate a Product on Steam. There type in your CD Key and the game will be activated and added to your Steam account game library.
Early Access
Compare Choose & Buy Download (743)

First time I hear about a Rhythm shooter game, Audica looks polished and a fun to play VR game, the visuals are beautiful and pleasing to the eyes, prices are ok too!