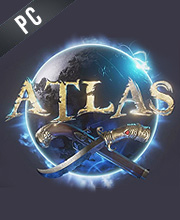 What is ATLAS CD key?

It's a digital key that allows you to download ATLAS directly to PC from the official Platforms.

How can I find the best prices for ATLAS CD keys?

Allkeyshop.com compares the cheapest prices of ATLAS on the digital downloads market to find the best sales and discount codes on trusted stores.

Long ago, during the “Golden Age”, there once was the great Empires of the Sky above the watery world of Atlas. Here, everything and everyone lived in peace all thanks to the Heart of the Goddess which is a magical source of energy. However, a powerful warlord named Xevos wanted to unite both the human civilizations and the magickind which broke the Heart of the Goddess unleashing destruction and plunging the Great Empires of the Sky into the water.

After so many generations, the descendants of the protectors of the Heart of the Goddess known as “Pathfinders” emerge with the intent to find the pieces of the Heart and once again raise the continents from the water.

Offering a grand-scale MMO that can host up to 40,000 players having thousands of Discovery Zones. Players are able to design and construct their very own ships and choose their crew and assign them their posts. Choose which path to take be it the hero or the villain, there will be over 15 Disciplines as well as 300 skills available.

Combat enemy fleets by commanding large ships with the use of the captaining system.

Step into ATLAS and dive deep into an epic pirate adventure.

EU STEAM CD KEY: Requires an EUROPEAN IP address or you must activate it with a VPN (Virtual Private Network) in order to play ATLAS. Might have languages restrictions or language packs. Read the description on the store game page to know if the EU IP is only needed for activation or for playing also (maybe on EU Servers). Most of the stores offer you their help, or show you how to do this with a tutorial to follow.
EUROPEAN STEAM GIFT : It’s a steam gift for Europe which requires an European IP address to activate and to play ATLAS on Steam. Read carefully the store description about region and language restrictions.
STEAM GIFT : A Steam gift is a one-time transfer you receive. You activate and install ATLAS to play on Steam, it is a non-refundable game that stays in your Steam games collection. Please read the store description about any language or region restrictions.
STEAM CD KEY : Use the Steam Key Code on Steam Platform to download and play ATLAS. You must login to your Steam Account or create one for free. Download the (Steam Client HERE). Then once you login, click Add a Game (located in the bottom Left corner) -> Activate a Product on Steam. There type in your CD Key and the game will be activated and added to your Steam account game library.
Early Access
Standard Edition

ATLAS was one of the most anticipated MMOs of 2018, but sadly it got off to a bad start with a lot of bugs and server not logging in players, the game is still in early access so I expect everything will be fixed by time, it’s not that expensive too!

It’s sad that this game and like Fallout 76 got such a bad score only because of bad start. I think AKS and other gaming communities reviewing games should allow some kind of grace periode of 3 or even 6 months to game companies to allow them to properly fix all bugs reported starting from launch date. I totally agree with you!

nice ! thx your game. ı am ready for your playing game. nice ! thx ı am already.