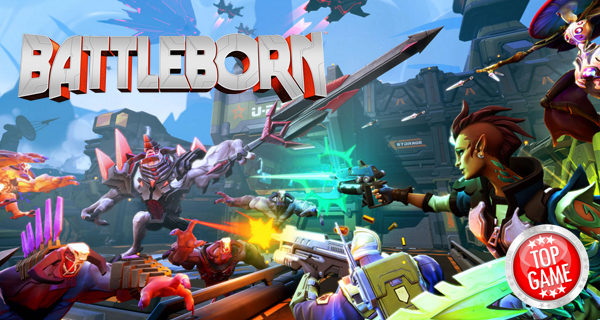 Battleborn has a new video and it is a great one for beginners or even for those who just want to learn about the game. This is as complete as it can get. It is a funny video which features Oscar Mike as well as ISIC in what looks like a recruitment video.

The video is a Battleborn Boot Camp trailer and it is about 12 minutes long. You should listen up and learn! They talk about the villain and how he plans to destroy the only star left in the universe. The gameplay is also tackled with solo and co-op modes; territorial combats like Capture, Meltdown and Incursion. They also talk about earning credits while fighting which you can use for upgrades, fancy outfits as well as gestures. Compulsory Invasive Genetic Modification has been described as well. Affiliations are explained too, there is the Jennerit, Rogues, UPR, Eldrid and LLC. Along with the affiliations some of the characters as well as their skills were discussed.