Battleborn Get To Know The Game Features 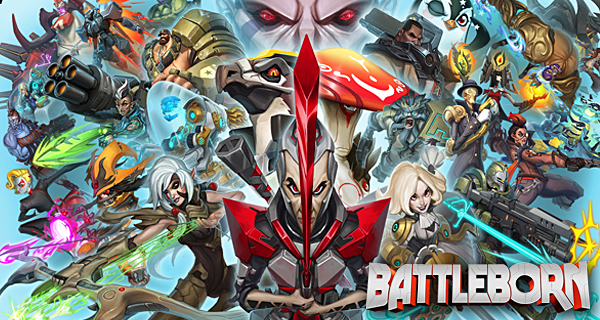 Gearbox Software and 2K’s newest action videogame Battleborn is coming this May. Get to know the game features as well as the System Requirements.

Battleborn has a repeatable Story Mode where you will be saving the last star in the universe from the Rendain and the Varelsi. The Story Mode will give you options in playing the game like Play Solo, Play Co-Op, Be Right Back, Find Friends and Hardcore Mode.

There will be multiple progression systems in the game. First is the Helix augmentation where you earn XP towards these and you can personally choose which of your characters’ abilities you would want to enhance. Next is the Character Rank, you can rank up your character up to top level 15, the higher the rank, the more extra stuff you will get. The third one is Command Rank, the Command Rank can rise up to 100 this will unlock new titles, gear options, characters and a whole lot more.

25 Characters to Choose From

25 characters is just the starting roster and you can expect more after the game’s launch. There are three different types of characters: The Attackers who go on launching themselves in a fight; the Defenders the ones that take blows for the team and the Support who provide for shields, additional fire power and heals the team.

Team colors are also available for you to choose from and you will also be able to play the game in split-screen.

BATTLEBORN WILL BE AVAILABLE ON MAY 3, 2016 FOR PC, PLAYSTATION 4 AND XBOX ONE