5 of the Best Upcoming Action Games and Compare Prices 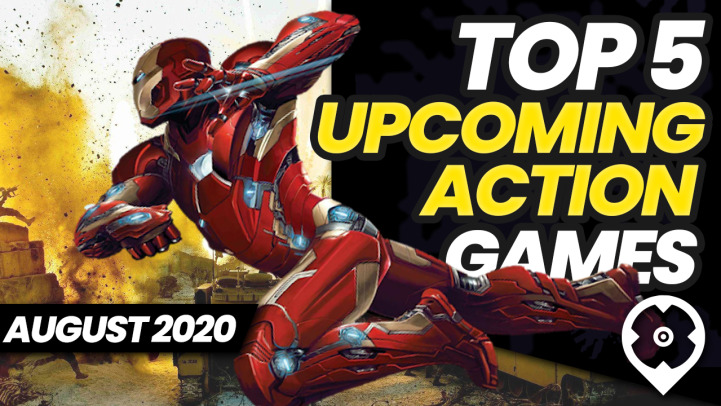 What are the best 5 Upcoming Action Games ?

Discover an original Avengers story set after a devastating tragedy befalls the Heroes during the unveiling of a new Avengers Headquarters and forces them to disband. Play through a campaign that tasks you with rebuilding friendships, restoring powers, and taking down the new force, AIM. Unlock classical, fan-favorite, and new outfits for the Heroes, fight against enemies in scaling difficulty and assemble a new team online in Hero and Warzone missions.

Rainbow Six takes inspiration from the Rainbow Six Siege Outbreak event, with a whole new first-person experience. It offers a 3-player co-op shooter, tasking players with uncovering the truths of an alien parasite is infecting human hosts. Risk it all with tense, unpredictable missions that will challenge your squad in ways not seen in a Rainbow Six game before.

Save London from itself, and set it free from the advanced surveillance system, ctOS. Recruit allies, each with unique skillsets, complete unique missions, and explore an open-world setting in your bid to liberate London. Control multiple characters, but be careful as losing that character will see them lost forever.

What is an Action Game ?

Action games put an emphasis on challenge and reward, often putting players in control of a protagonist and forcing them to complete levels by avoiding obstacles, avoiding traps, collecting items and defeating enemies in order to advance the story.

Levels in action games are usually linear, putting the character on a single path of destruction to advance the game, such as the amazing classic Streets of Rage games. Some action games can make their levels non-linear however and with these games players will need to explore and solve puzzles to find the exit or entrance to the next level, like in the original Tomb Raider games.

Enemies can come in groups or waves to challenge the player as the level progresses, getting more difficult as the player continues forward, whether linear or non-linear in nature action games often feature bosses at the end of levels or at significant junctures of the story, such as in the Dark Souls series.

A big part of the action game genre is the use of health and lives to further challenge the player. Most action games now offer unlimited lives and instead will force players to watch their health, giving them the opportunity to pick up or purchase health packs or items as they move through the level. Death can mean starting from where you died, starting at a checkpoint or restarting the level completely, so watching your health is very important.

As newer games come out they are finding alternative ways to make the players feel at risk. The Dark Souls games have you lose all your souls, making it difficult to level up your character and games such as Diablo have weapons and armor durability which drops when you take damage and die, forcing you to spend hard-earned gold on repairing items rather than purchasing stronger ones.

Why Are We Doing a Top 5 Upcoming Action Games List?

In the world of Action Games, fantastic games can be found at incredible prices but you can also be at a greater risk of being left disappointed.