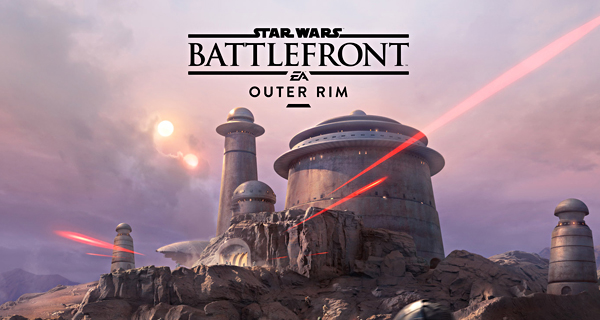 Outer Rim is the first out of the four planned expansions for the game that will be released throughout the year (you can read more about that here).

The DLC has 4 new maps available, a new mode: Extraction, where you would need to bring the shipment to the extraction point while battling it out with enemies. You can also get to enjoy 2 new heroes as well as new weapons and star cards.

Along with this DLC’s launch will come a free update that will give you a higher level cap, a Spectator Mode additional new missions and so much more.

Star Wars Battlefront is already available and you can get yours for the best rate HERE.

Have you played the game already? If so, tell us about it in the comments below. You can also spread the love by liking, sharing, g+ and retweeting.