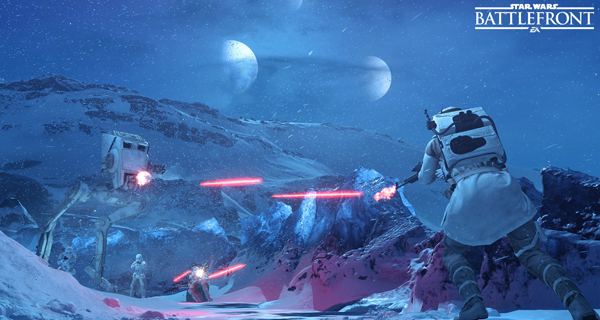 Star Wars Battlefront gets bigger with its February updates! A recent post in the game’s official website highlights the new content the update brought to the game. This includes a new map, a new mission, and other updates requested by the Star Wars Battlefront community.

First off, the 20v20 game mode Turning Point is now available across all maps that can support Supremacy and Walker Assault. This game mode will require Rebel Forces to locate 3 control points under the control of the Imperial Forces within a set amount of time.

A new mission called Ice Caves has also been added. This mission falls under the Survival Mode and is available in single and co-op play.

Also, by the request of the Star Wars Battlefront community, the free Battle of Jakku content playlist has now been combined with the standard playlist, enabling players to quickly and easily pick Battle of Jakku maps within their favorite game modes.

And if you think it all ends there, it has also been announced that free updates as well as the launch of the game’s first digital expansion pack, Outer Rim, is coming out in March. Outer Rim is expected to bring more maps, more weapons, more heroes, and an all-new game mode.

You can get all upcoming expansions and other exclusive content for Star Wars Battlefront through its Season Pass.