15 of the Best Dystopian Games and Compare Prices

“You want to play a Dystopian Games, but don’t know which one to choose?

Luckily Allkeyshop is here to help you with this top 15 of the best Dystopian Games!”

Direct the news in this hilarious multi-tasking simulator, where you control the nightly news and choose the angles, the headlines, and bleep the swear words. Choose the stories to run, the ads to play, and continue the broadcast at all costs. The lives of those you air will be changed forever based on how you decide to show them. Talk up the footballer, reveal his affair, the choice is yours.

Not For Broadcast System Requirements

Live as an outsider, one of the few able to live free from the AI that controls humans’ minds and perceptions in this cyberpunk-inspired story. Stay off the grid and follow the clues left behind by your girlfriend, and with the help of her hacker group, find out why she disappeared.

As an intern at the Prime Ministry, you will set about climbing the ranks through any means necessary, whether by whistle-blowing or more sinister ways. Decide your own future and destroy those that stand between you and the Prime Minister role. In Beholder 2, dreaming is not enough.

Repay your debt by taking on contracts and cutting, slicing, and salvaging spaceships. With the game’s next-gen physics engine, you will be able to cut entry points, cut metal at any angle, and salvage valuable materials with the cutting-edge LYNX technology. Upgrade your tools, helmet, and suit, and get to work on paying off that debt before you die.

Enter 1960s England, where everyone is on drugs and denying the truth of a dark world. The campaign is a narrative-driven experience full of over-the-top characters, colorful locations, and secrets. Solve puzzles, craft weapons, scavenge for items, and even play on permadeath as you choose truth over joy.

6. Orwell: Keeping an Eye On You

Investigate citizens’ lives to discover those responsible for the recent series of terror attacks using the resources available to you. As Orwell’s first human researcher, you will monitor all personnel communications, access private files, and search the internet for the information you need. Keep the nation safe by watching over everyone and ensuring justice is served to those who deserve it.

Orwell: Keeping an Eye On You System Requirements

A built for VR first-person shooter in which you can make real-life movements and interact with your surroundings as though they were real. The game features two game modes, Swarm and Story. Survive endless hordes in Swarm mode or discover who you are in a futuristic world in Story mode.

As an Observer, you will hack into suspects’ minds to uncover clues and evidence to solve cases. Expose the fears, thoughts, and intentions of others and relive the dead’s final moments with the Dream Eater device. Discover secrets, solve all-new cases, and conduct additional interrogations with System Redux.

Hit the track in this fast-paced, skill-based anti-gravity combat racing game that tests skill, reflexes, and strategy. Choose from four classes, rise through the ranks of ten racing teams, and unlock rewards. Take the challenge online and race against others worldwide, using various deadly weapons to help you earn the victory.

Drop into a thriving cyberpunk universe and fulfill your promise to bring home an abducted child in a world destroyed by war. Uncover conspiracies, discover a world not too far from our own full of AI, surveillance, and social control, and complete story-driven puzzles in a game where your choices will change the world forever.

Beyond a Steel Sky System Requirements

Play as a journalist who, after awakening in the hospital, discovers his family is missing. Dive into a story where mind and machine have become one, and humanity is on the brink of destruction. Uncover the truth of what happened to your family and unearth the secrets that will expose a worldwide conspiracy.

Cila, a veteran cop learning to love again, is thrust into a battle against a corporation threatening her new android’s existence. As the war grows near, Cila must discover the power her android truly holds. Discover unique backgrounds and CGs. Interact with more than 20 characters, and make choices that will have a lasting effect on the world.

Help those that need it in this thought-provoking visual novel about the power of listening. Explore a hand-painted Seattle and get to know your clients as you guide them through their counseling. Question your past and discover what your future holds as your own darkness builds within with each person you help.

14. The Stillness of the Wind


Experience Talma’s story, a woman reaching her isolated end in a village where everyone has left for the bustling world of the city. Care for your farm and animals, collect eggs, cook meals, and barter with the merchant that brings letters from your family in the city.

The Stillness of the Wind System Requirements

Once again take on the challenge of Bioshock, a unique shooter packed with weapons, items, enemies, and modifications. Experience the epic story with achievements, HD textures and models, 4K support, and director’s commentary.

What is a Dystopian Game?

A dystopian video game depicts an imagined society or world in which its inhabitants live undesirable lives. 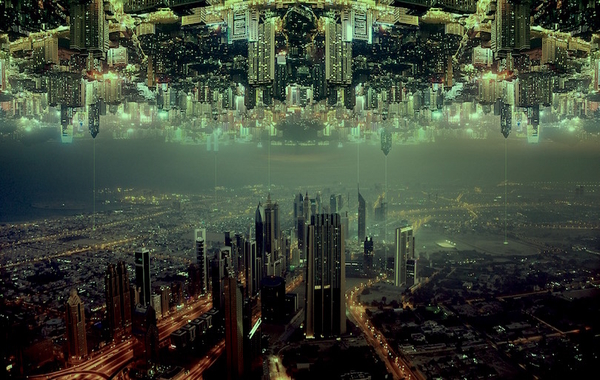 Dystopian video games are commonly sci-fi, often cyberpunk, and feature a near future where body modifications and augmentations are popular.

In dystopian games, governments and evil corporations are often the enemies, using technology to suppress, control, deceive, manipulate, and spy on citizens.

Why Are We Doing a Top 15 Dystopian Games List?

Dystopian Games are available at incredible prices, but with so many to choose from, we want to help you pick the game that’s right for you.