15 of the Best 2D Games and Compare Prices

“You want to play a 2D Games, but don’t know which one to choose?

Luckily Allkeyshop is here to help you with this top 15 of the best 2D Games!”


Build, create, and maintain automated factories to produce items of increasing complexity within an infinite 2D world. Create huge factories in co-op multiplayer and collaborate and delegate tasks between you. Chop trees, mine ores, and crafting mechanical arms and transport belts. Mine for resources, research technologies, build infrastructure, automate production, and fight enemies as you become an industrial powerhouse.

Dig, build and explore in an open-world sandbox. Build a fortress or city, and defend it from ever-greater foes. Every world is randomly generated and offers endless replayability for you and your friends.


Take on the role of Skul and save the castle and your fellow demons from destruction in this colorful, side-scrolling roguelike. Level up, unlock abilities and use skulls to improve attack range, speed and power. Take on powerful enemies, face-off against massive bosses, and hunt those that mean to destroy you.

Survive in a procedurally generated co-op survival horror on a submarine traveling in an ocean on Jupiter’s moon Europa in a game inspired by FTL and Rimworld. As the last of humanity explore the ocean, operate weapons, engines, and sonar, complete missions, and decide whether to fight or flee the terrifying monsters you encounter. Craft items to help your crew survive, or betray them all and bring the submarine down in brutal 2-16 player online multiplayer.

8. There Is No Game: Wrong Dimension

Play a game that isn’t a game and re-discover the love for point and click adventures in this unique, bug-filled comedy game. Discover a remarkable game that promises laughter, tears, puzzles, unique characters, surprises, and a lack of gameplay in this beautifully designed indie game that currently sits on “Overwhelmingly Positive” on Steam.

There Is No Game: Wrong Dimension System Requirements


Seek immortality and build up a cultivation sect from scratch in a world full of Chinese mythology. Manage your school and pupils and battle powerful enemies to maintain the balance between good and evil. You can discover hundreds of cultivation laws, miracles, elixirs, and talismans.


Run the country your way, choosing policies and laws that may or may not benefit the people you govern. Deal with media reports, inflation, policy ideas, transgender rights, and political topics as you keep enough popularity to earn re-election.

Baba is You is an award-winning puzzle game where you decide the rules in which you play the game. Solve puzzles by manipulating word tiles so that they correspond with the correct objects and obstacles in order to complete the goal of each level. Baba is You contains 176 base levels, 34 extra levels, 3 secret levels and 6 overworld puzzles for an impressive total of 219 levels.

Baba Is You System Requirements

Explore and expand in a quirky 2D open-world where you will gather, manage resources, farm, solve puzzles, and craft to reach the goals set by you and only you. During the game, players will unlock more than 50 skills to increase industry, economy, foraging, and magic. Forager has more than 30 tools, more than 40 accessories, more than 60 materials, more than 20 food items as well as plenty of artifacts, seals, scrolls, and potions for players to discover and master. There are four dungeons available in Forager, each with their own enemies, bosses, items, and secret rooms to discover.

15.Iratus: Lord of the Dead


Finally freed from your imprisonment, fight for the forces of darkness and build a terrifying army featuring skeletons, zombies, and creations you make from your enemies’ body parts. Build an underground lair to house the living dead at your side, learn and take advantage of your enemies’ weakness, unlock talents, and make choices that are irreversible as you work for the side of evil. 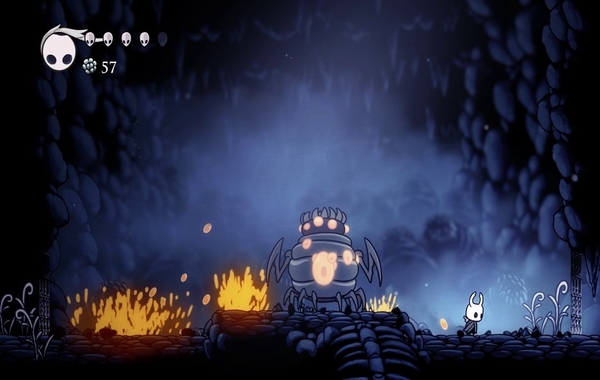 These games only contain horizontal and vertical movements.

Typically, 2D games are linear, with the only objective being to reach the end of the level.

2D games use a simple camera, with it often looking straight at the game from the side.

2D Games are available at incredible prices, but with so many to choose from, we want to help you pick the game that’s right for you.