15 of the Best Retro Games and Compare Prices

“You want to play a Retro Games, but don’t know which one to choose?

Luckily Allkeyshop is here to help you with this top 15 of the best Retro Games!”


Prodeus has heavy weapons, massive enemies, community-made maps, a level editor, high score support, and lots of blood. The action is fast-paced, the combat brutal and unforgiving, and the explosions over the top. Blast your way through levels, collecting keys, discovering secrets, and dismembering your enemies.


Race to build your base, fit it out with massive guns, and use planning and positioning to defeat your foes. The game features 16 unique weapons, 4 factions, 12 commander characters, and unlockable tech trees. Play through the epic campaign, challenge yourself in skirmish mode, or jump online in 8-player co-op and team deathmatch modes.

Fight your way through 12 unique hand-drawn stages and, for the first time, play offline with up to 4-players. Unlock classic Streets of Rage characters, each playable in their original pixel versions. Battle with your friends in Boss Rush or against them in Battle Mode.


Guide your ever-evolving biomechanical ship through dying stars and deadly foes. Customize and create your build, utilizing drones, shields, thrusters, and more than 200 upgrades as you shoot your way through enemies in randomly generated runs. Play through a vibrant campaign or discover rewards across challenges in a game where everything is possible.

6. The Curse of Monkey Island


Sail the seas in search of a way to break the curse on the engagement ring you gave your beloved. The third in the series, the game features high-resolution graphics, dozens of hours of gameplay, two difficulty settings, and tons of new insults.

Travel through time as a ninja and discover a way to defeat the demon army besieging your village. Upgrade your character, unlock abilities, and explore multiple paths.

Smash your way through a 90s-inspired FPS in a handcrafted world. You can duck, jump, climb, and swim through 7 zones. The game has full controller support, plenty of weapons, and Steam Workshop support.

Embark on a massive adventure boasting almost 100 hours and an epic sci-fi story. Battle hundreds of unique enemy types and bosses across seven unique areas. Complete hundreds of quests, fight through multiple dungeons and master more than a hundred combat arts and skills.


DUSK is a blood-soaked FPS inspired by the classics of the 90s. Tear, rip and blast your way through your enemies using sickles, crossbows, dual-wielded shotguns, and rocket launchers. You can play the epic campaign, an endless mode, or jump online for some fast-paced PvP in the arena.


Earn your role of champion, and reclaim the weapons and land lost to the corruption that now dominates the world. Fight through seven episodes, each with unique settings and enemies. Charge your weapons with the dead’s souls, defeat the adapting enemies, and uncover secrets across non-linear levels.

Wreak havoc with the lovable Larry and help him navigate his way through the 21st century in his latest crazy, wet adventure. Solve true-blue puzzles and interact with 30 hand-drawn characters across dozens of hand-drawn locations. The game’s new in-game app, Timber, allows Larry to easily match with women and go on dates to improve his score.


As a secret agent, you must use your telekinetic abilities to solve puzzles and escape certain death. Pick up objects, press buttons, interact with the environment, and find clues to survive in time-limited scenarios.

I Expect You To Die System Requirements

Mine gold, upgrade your character and die. Then repeat. Collect hundreds of items, potions, and curses, and defeat epic bosses to rescue others. Every run requires planning and strategy, with plenty to discover and learn.


Blast your way through an old-school-inspired shooter and fight back against the machines that now race for hell in search of blood. Avoid relentless attacks, use incredibly destructive weapons, and earn combos to gain massive point scores.

What is a Retro Game?

A video game is retro if it is now classic or inspired by past games. 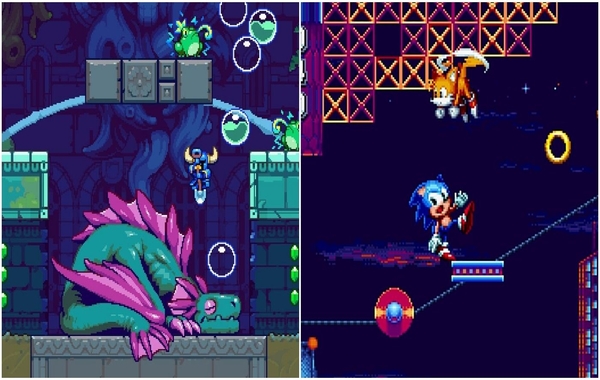 Why Are We Doing a Top 15 Retro Games List?

Retro Games are available at incredible prices, but with so many to choose from, we want to help you pick the game that’s right for you.