15 of the Best Racing Games and Compare Prices

“You want to play a Racing Games, but don’t know which one to choose?

Luckily Allkeyshop is here to help you with this top 15 of the best Racing Games!”

F1 returns with the most realistic game in the franchise to date, with all new circuits, graphics, modes, and physics. Play casual or competitive in modes featuring shorter seasons, Formula 2, a ten-year career mode, and all the official teams and drivers from the 2020 F1 World Championship. Qualify for events in online qualifications, watch eSports events, and even sit back and challenge a friend with the return of split-screen. F1 2020 is the new standard for racing games.

Dirt Rally 2.0 will challenge you on a host of iconic rally locations from across the world, including Spain, New Zealand, and Australia. It will test your instincts and your ability to handle the most powerful-off road vehicles ever made. The game features eight official circuits from the FIA World Rallycross Championship. You will develop your team, cars, and race strategies in events and championships in both offline and online game modes. Tune your car’s set-up, upgrade your parts, and get competitive daily, weekly, and monthly challenges in the most authentic off-road experience ever, either in normal or VR mode.

Dominate the land, air, and sea across the USA’s entirety in a wide range of cars, bikes, boats, and planes to rise as a multi-skilled motorsports champion. Hit the streets of New York, cruise through L.A, fly through fog above the Rocky Mountains, and cut through the Mississippi River with the ability to switch between vehicles with a press of a button. Join a connected open-world and challenge others to rise to your records, and capture and save your best moments in an instant by pressing a button.

Drive hard and die last in this full-contact racing experience with no rules. From the developers of FlatOut 1 and 2, Bugbear, expect epic crashes, neck-to-neck fights to the finish line and once-in-a-lifetime moments. Survive the unique racing experience with true-to-life physics, unique banged-up cars and a soft-body damage model. Upgrade your car’s body armor, reinforce with heavy iron and balance the weight in a bid to match performance with damage with meaningful customization. Play the campaign, survive challenges or wreck your friends in demolition dominance. Wreckfest is the ultimate driving playground.

Live the life of a street racer, take part in sanctioned legal and illegal street races, and escape the cops by drifting, jumping, and crashing. NFS Heat features more than 120 cars from over 30 manufacturers, a storyline, and unlocks such as graffiti, performance upgrades, and leaderboards.

Ride the walls, ceilings, and everything else in this gravity-defying combat racing game and blast your opponents as you race your way through twisting courses where speed is everything. Select from 30 cars and compete across 29 tracks. Use power-ups, turbos, guns, and missiles as you battle to be number 1 in split-screen or online multiplayer modes.

Dominate the track in Ride 3 and build a career from scratch in the ultimate bike racer for casual and hardcore fans. Race on more than 200 bike models, with historic and modern bikes available, and challenge yourself across seven different categories. Create your bike and develop it as you go, and compete against the best riders in the world in online races.

Climb into your favorite race car and hold off the competition on iconic tracks in Automobilista 2. Race in karts, Grand Prix cars, trucks, and high-performance prototypes across five continents with the game’s cutting-edge graphics offering unrivaled immersion. The game is ever-evolving and features a dynamic weather system, 24-hour cycles, changing conditions, and skill-based matchmaking for an improved multiplayer experience.

Build your vehicle with infinite possibilities and explore the open-world as you compete in races or escape the planet. Play across several game modes that will challenge your creativity, racing, and survival skills. Compete on global leaderboards, and join an active community with premade vehicles ready to play.

Take on the ultimate racing tracks in the official game of the MotoGP, featuring all the tracks, riders, and competitions of the MotoGP 2019 season. Race against the smart AI, ride more than 35 bikes and challenge yourself across several game modes as you forge your career through speed. Improve your bike, customize your rider, and compete online against some of the best riders in the world on the game’s dedicated servers.

Inspired by the games racing games of the 90s, Horizon Chase Turbo offers unlimited speed, classic arcade gameplay, and graphics. Race in sunsets, rain, snow, and volcanic ash as you compete in 12 racing cups worldwide. Unlock dozens of cars, upgrade them, and battle across more than 100 tracks with support for online and split-screen 4-player multiplayer.

Race along walls and ceilings, and jump and fly over obstacles in this atmospheric racing game available in standard and VR modes. Explore the dark, mysterious city in Adventure mode, or race for glory in Arcade mode as you compete for the top ranks on the leaderboards. Race online in 12 player competitions, challenge yourself with the random track generator and use the in-game editor to create and share your own tracks.

Experience the ultimate karting racer and race laser scanned circuits as you feel the bumps, twists, turns, and adrenaline that make karting the sport it is. Race on official tracks, customize your kart with thousands of parts available and choose your racer’s suit, gloves, boots, and helmet from official gear. Compete against the AI and racers worldwide across several game modes, including Practice, PvP Ghost, and Quick Race.

What is Racing Game?

A racing game is played in first or third-person and features land, water, air, or space competitions in real-world or fictional settings. 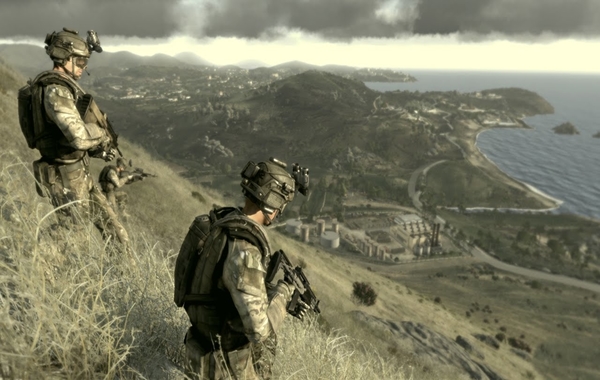 Racing games are very competitive, and many have single-player and multiplayer modes, often with daily and weekly challenges and online leaderboards.

There are three main types of racing games:

Why Are We Doing a Top 15 Racing Games List?

Racing Games are available at incredible prices, but with so many to choose from, we want to help you pick the game that’s right for you.