15 of the Best Co-op Games and Compare Prices

“You want to play a Cooperative Games, but don’t know which one to choose?

Luckily Allkeyshop is here to help you with this top 15 of the best Cooperative Games!”


Embark on an epic oceanic adventure and, alone or with friends, battle to survive the elements and man-eating sharks on your new floating home. Trapped on your small raft, with nothing but an old plastic hook and an endless ocean, catch floating debris and scavenge the reefs to gather resources to build your raft into a floating mansion. Craft survival equipment, crop plots and weapons. Research and learn new things. Visit passing islands and navigate your way through the dangers of the ocean in your bid for survival.


Overcome your struggles, such as hunger, thirst, and the cold, as you attempt to achieve your only objective, survival. Survive any way you can. Build a fire, build shelter, kill animals for meat, protect yourself from other players, kill them for meat and create alliances to form a town. Earn the trust of others, or betray them. It is your world, your life, and there are no rules when it comes to Rust.

Drop into the Warhammer universe and experience close-quarters 1-4 player PvE action against the Chaos and Skaven hordes. The game features five heroes, each with three careers available, and more than 20 weapon types, including sword, mace, hammer, halberd, bow, and war pick. Fight across more than 15 missions with hero-specific loot available to give the game endless replayability.

Build spaceships, vehicles, space stations, outposts, and explore planets in this open-world sandbox where the only limitation is your own creativity. Customize your character, discover planets and moons, construct in fully destructible and persistent environments, and survive in unique climate zones. Challenge yourself alone in survival or creative modes, learn to drill and harvest, and construct together in co-op and competitive game modes.

Insurgency: Sandstorm is an intense, close-quarters team-based objective-based multiplayer. The game focuses on realism, featuring a minimal HUD, lack of a health bar, no ammunition count, and no minimap. There are six online game modes, including Push, Firefight, Frontline, Domination, and Competitive.

Explore, discover, and survive in a fully-immersive RPG where danger lurks at every turn. Survive the wilds alone with a friend online or in split-screen multiplayer, and learn to defend yourself against creatures, diseases, and the environment. Learn spells, uncover new lands, cities, and dungeons, and live with the choices you make with the game’s auto-saving feature.

Explore outer space and let your creativity run wild, all in the name of science and discovery. Dig, build, shape, and collect anything to create whatever you like. Explore multiple planets and search through caves, dig to cores, and survive the unique and harsh conditions each surface offers. Customize and decorate bases, vehicles, and your Astroneer and create together with up to 4-player online support.

What is a Cooperative (Co-op) Game?

A cooperative (co-op) video game allows two or more players to join a single game session and work together to complete objectives. 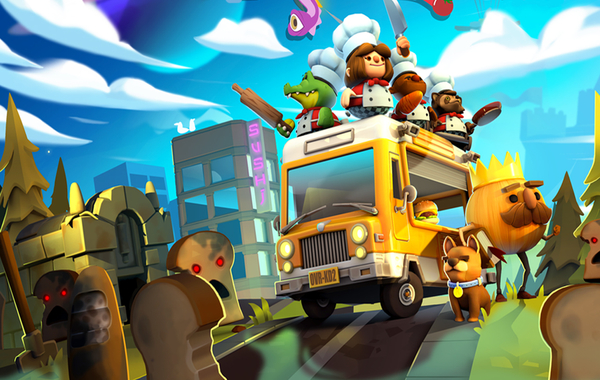 Co-op games can feature player-vs-player (PvP) gameplay, player-vs-environment (PvE), or a mixture of the both, PvPvE.

Although players commonly have their own health and life, co-op games often have players share limited resources.

Players must communicate, strategize, coordinate, and work as a team to be successful.

Why Are We Doing a Top 15 Cooperative Games List?

Cooperative Games are available at incredible prices, but with so many to choose from, we want to help you pick the game that’s right for you.

The coop games are great for real, of that list I remember playing Far Cry 5 with my best friend, it was amazing, we spent a good amount of hours playing that game and we loved it
Another game that I know is super cool to play with friends is Raft

Far Cry 5 is a nice shooter game and every Far Cry is a must. I have played every new part in the last years and it makes every time much fun to check the big map and make many missions. Rust is a nice survival game like Ark and the fun of playing at the start is the highest but when you have survived and builded a lot it can get boring after time.

It’s always good fun with some nice co-op action with your f(r)iends! Well, except it requires that you actually have some friends to play with haha… (*sobs sadly in a corner*)
Always wanted to play RAFT (“You’re gonna need a bigger boat”), but I feel like I’d be missing out on the full experience if I won’t have anyone to team up with. 🙂

Co-op games so fun you can play with friends and having great time. Borderlands 3 is very nice game for this.

We are missing aks ladies overcook live streams 🙂 For me i am tracking aks great price for Borderlands 3. I really wanna try its co-op options.