15 of the Best Co-op FPS Games and Compare Prices

“You want to play a Co-op FPS Games, but don’t know which one to choose?

Luckily Allkeyshop is here to help you with this top 15 of the best Co-op FPS Games!”

Jump into the boots of a space Dwarf and enjoy 100% destructible environments, procedurally-generated caves, and endless hordes of aliens in insane 1-4 player co-op action. Currently, there are four classes in the game to choose from, each with unique abilities. These are the Scout, Engineer, Gunner, and Driller.


Select a unique hero and play together through a co-op level-based adventure. Levels are randomized, and there are over 100 items and weapons to discover. The game combines FPS, rogue-lite, and RPG elements.

Master the art of destruction and gadgetry, face intense close-quarters combat, high lethality, and split-second tactical decision making in explosive team-play action. Experience an ever-evolving game with new strategies and tactics always being developed by the players themselves. Operators are constantly being updated, tweaked, and introduced from special forces all around the world, bringing with them new gadgets and weapons to learn and master. There is something here for all first-person shooter fans, whether Casual or Ranked, learn to trap, fortify, barricade, rappel, plan an attack and breach – all as part of an evolving team.

4. theHunter: Call of the Wild

The thrill of the hunt has never been so visually breathtaking and immersive as it is with Hunter: Call of the Wild, with stats, leaderboards, and trophies available. Step into the open-world teeming with wildlife, from deer and bison to critters and insects. Discover outlooks and hunting towers and experience a day and night cycle with dynamic weather events Take on the 50 square miles of varied terrain across several maps by foot or on an ATV 4×4.


From the original Rainbow Six games developers comes a tactical shooter where weapon control and movement rule supreme. The game features unlimited loadout save slots, item sharing, and accurate bullet penetration. When a teammate drops, carry them to safety to administer first aid or retrieve their bodies if they are dead.


Breach procedurally generated compounds with the help of friends in this 1-4 player tactical shooter. Plan your attack, place your wall charges, and breach through the wall and take on whatever awaits on the other side. Shoot through drywall, blast through concrete, and throw grenades to complete your contracts.

Survive in 1980s Sweden and find the truth of what happened to the missing population. Explore the open world, learn when to avoid and when to strike against the mechs that roam the now empty land. Team up and play with up to three friends in deadly online co-op, and unlock 1980s style clothes and hairstyles to look the part.

Set nineteen years after BJ Blazkowicz disappeared in German-occupied Paris, you take on the role of his twin daughters as they now attempt to bring down the Nazi regime. Play alone or with a friend to complete missions. Unlock abilities, weapons, and cosmetics as you battle through Paris. The weapons are bigger, the Nazis are more challenging, and the gameplay is smooth and fast.


Blast your way through dozens of blood-filled levels and defeat blood-thirsty hellhounds, zombies, and gargoyles in your quest to destroy a bigger evil. Wield weapons such as pitchforks, aerosol cans, and voodoo dolls. The game supports online co-op and team-based PvP with support for up to 8 players, mod support, and customizable controls for both keyboard and controller.


Jump into a hardcore four-player cooperative first-person PvE shooter with a focus on team play and atmosphere. Plan your expedition, equip and operate tools, combine your firepower, communicate, and coordinate as a team. Search the complex for information and resources to solve the objectives and make it back alive.


Zero Hour is a tactical, team-based FPS with a focus on close-quarters action. Master both defensive and attacking gadgets as you work with your teammates to complete objectives. Your team can strategize before every round, and you will need to manage your limited resources throughout the match.

What is a Co-op FPS Game?

A co-op FPS is a cooperative shooter where multiple players work together within a shared environment to complete objectives. 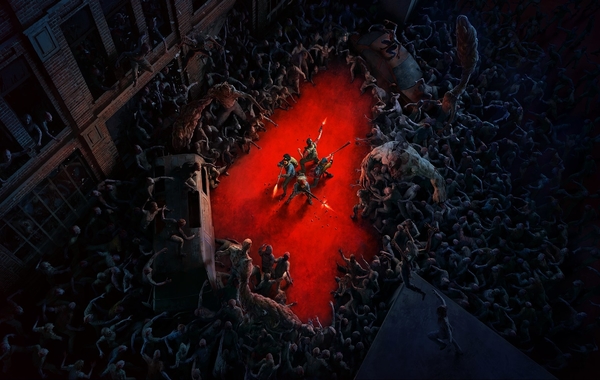 Players are often part of a party or squad and have specific roles or unique abilities within that group to ensure teamwork.

Co-op FPS games can be either PvE or PvP.

To challenge the party, these games commonly implement a limited resources mechanic, forcing players to share things such as medkits, ammo, and lives.

Why Are We Doing a Top 15 Co-op FPS Games List?

Co-op FPS Games are available at incredible prices, but with so many to choose from, we want to help you pick the game that’s right for you.