We can expect more diverse games in Xbox Game Pass, not only AAA games, according to an insider.

One user in ResetEra posted a question asking insider Klobrille about his opinion on whether Xbox Game Studios is open to the idea of “continued investment in smaller, experimental, and more riskier games like Battletoad, Grounded, etc.”

In response, Klobrille said Xbox does not want all its studios to become “AAA-only machineries” because that would be unhealthy. He also thinks it won’t work well with Game Pass.

A balance between big and small games is important, he said, and the difference with Xbox first-party games is the active development of games like Grounded, Project Mara or As Dusk Falls.

We can expect experimental titles like these in Game Pass in the future if a studio wants to, he added. 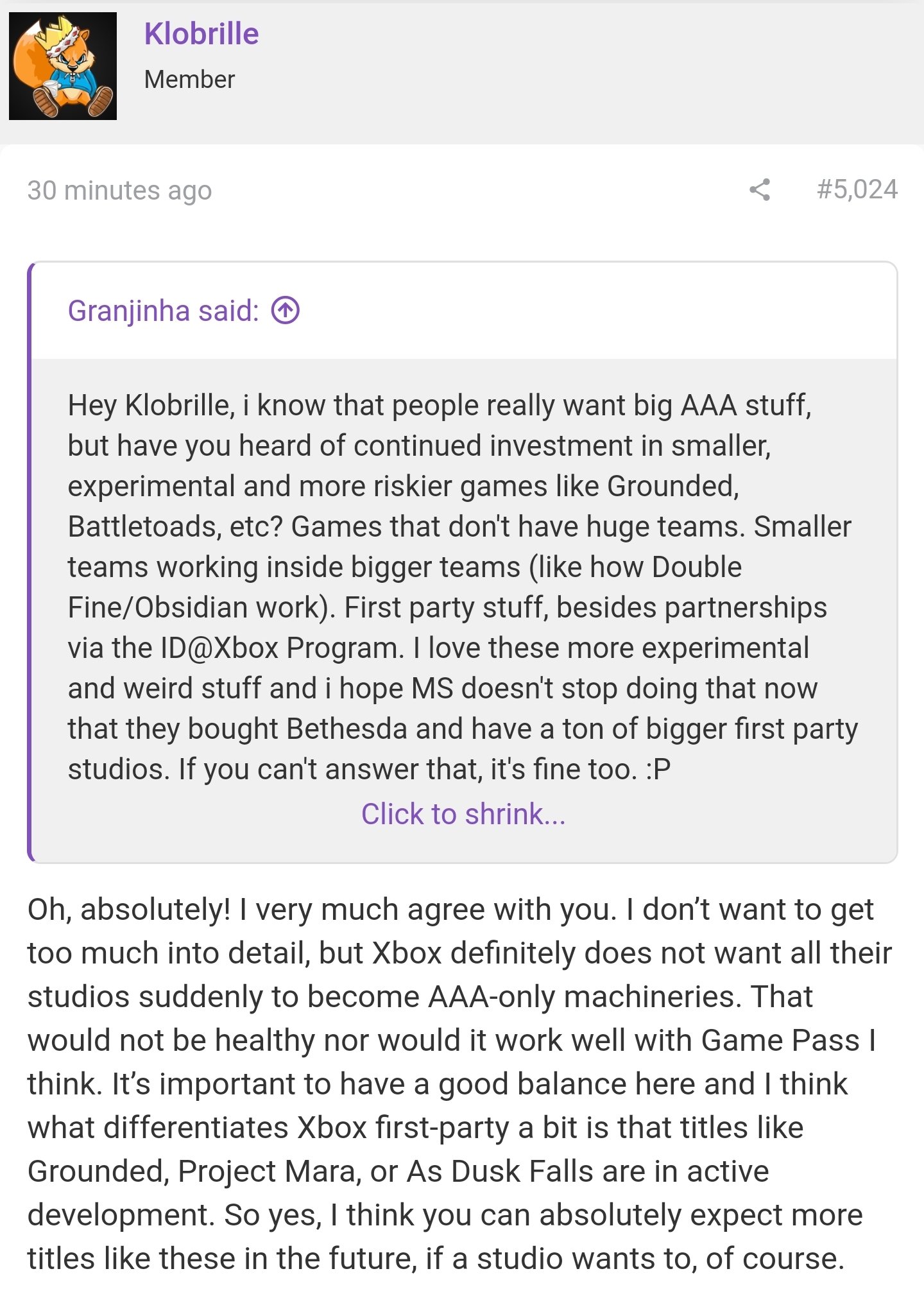 Get more savings with your Xbox Game Pass subscription, and compare prices only here at Allkeyshop!