The Destiny 2 launch trailer was revealed since the game is nearing its console release. The game’s PC release though will follow on a different date.

The trailer feels like you are watching a movie trailer. It is about two and a half minutes long. Showing the conflict and action as well as its subtle humor. The video is absolutely impressive.

Players are able to “experience an all new cinematic story campaign, innovative cooperative gameplay, and intense competitive multiplayer as you journey across unexplored worlds to discover arsenal of weapons and devastating new combat abilities.”

Watch the Destiny launch trailer below:

In other news, the Destiny 2 beta starts on August 29 and it will be a day earlier for those who were able to preorder the game.

Destiny 2 launches on September 6 for PlayStation 4 and Xbox One. The PC release date will be on October 24.

Get Destiny 2 at the best price with our price comparison service. 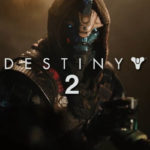 The Edge magazine went to Bungie and had the most interesting interview ever! Get to know what they learned here!

I’m so happy destiny 2 is coming to PC, can’t wait to play it.

This game is really shaping up, hope it turns out even better than the last one.