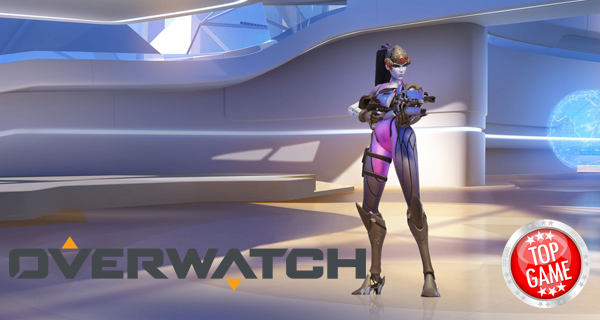 Overwatch, the new team-based multiplayer shooter by Blizzard Entertainment, has a new animated short for you. This is the second of the released animated shorts. (You can watch the first one here.) The first animated short centered on Winston and this second one revolves around Widowmaker.

The video is more than 6 minutes long. An assassination plot is currently in progress and Widowmaker is the assassin, her target a robot named Halo (probably his code name in the animated short, he goes by Zenyatta in the game as one of the playable heroes) who looks like a spiritual leader of sorts is talking in front of a crowd of humans as well as robots about the peace between them. The location, a public place in London King’s Row. Also in the crowd is Tracer, another playable hero in the game. She notices that something is amiss and goes to investigate. A confrontation between her and the Widowmaker ensues.

Watch the animated short of Widowmaker entitled “Alive” below and find out the outcome of the Widowmaker’s plans.

Overwatch is set to be officially launched on May 24, 2016 and it will be available for PC, PlayStation 4 and Xbox One.

Overwatch has an Open Beta coming soon as well, get to know how to join and other details here.

Did you enjoy the animated short of Overwatch? Let us know in the comments below! Also you can send us your love by hitting that LIKE/SHARE, GOOGLE+1, and TWEET buttons on the left side of the page!