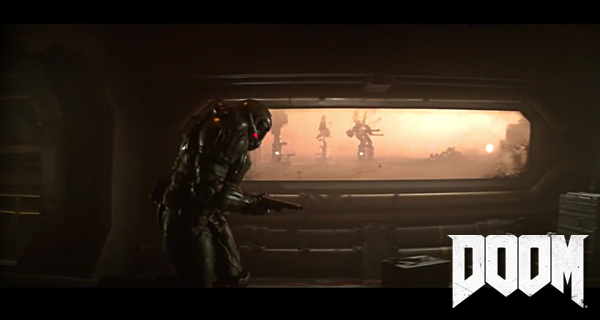 Doom has launched a new live-action cinematic trailer and it is totally bad ass. There is more than a month away of waiting in order to play Doom as the official launch date is set as May 13th. But this new rockin’ video trailer has got everybody more than excited. The trailer was directed by Joe Kosinsky and the music by New Noise entitled Refused.

The video starts out as a Marine is walking down a corridor shotgun in hand with video cuts of him fighting demons, evading their attacks, jumping from explosions and the video cutting right back to the Marine in the corridor as he runs towards the opening door and jumps down getting ready to fight a huge demon.

The trailer is entitled Fight.Like.Hell and according to Bethesda “the trailer evokes the pillars of Doom’s gameplay: Relentless Combat, Terrifying Demons and Bad Ass Guns.”

Doom will be available to play on PC (via Steam), PlayStation 4 and Xbox One.