WATCH: All the Street Fighter 5 Characters in One Video! 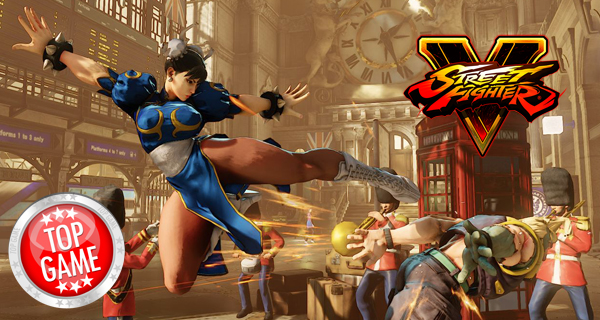 Introducing the characters of Street Fighter 5!

Street Fighter 5 will be launching very soon and the people of Capcom decided to release a full length trailer introducing the old and new characters of the game.

“We’re about one week away from the release of Street Fighter 5, and to celebrate this new era of fighting we wanted to share the full length CG trailer for the game! This features gorgeous animated sequences for all 16 characters from the initial roster and even offers some hints as to what roles they will play in the upcoming story,“ as said in a post in the Capcom-unity blog.

In the almost three minute action-packed video, you will see the characters (shown one after the other) getting ready for what looks like the fight of their life. Hard hitting action ensues accompanied by an engaging rock guitar riff. Keep a watchful eye as the video gives hints on who is teamed up with who, as well as little snippets of what the story of Street Fighter 5 will bring.

Street Fighter 5 will be launched on February 16 and will be available on PC and PlayStation 4. If you pre-order the game, you will get a chance to have an exclusive costume available for Chun-Li, Cammy, M. Bison or Ryu!