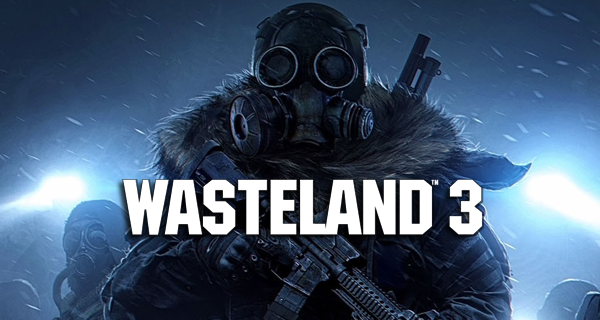 InXile announced the Wasteland 3 Backer Beta which will be happening this March 17th.

Wasteland 3 opens up its Beta testing phase for those that backed the game on Kickstarter at the Early Bird Digital Copy $25 tier or higher.

Wasteland 3 was a huge success on Kickstarter, earning a total of $3,121,716 of a target goal of $2,750,000 from 17,707 backers. It opened to those qualifying for Alpha testing last year and has already been “instrumental in helping” with much needed refinements.

This Beta test will see the first few hours of the game available to play, with the first few areas accessible, as well as character creation. All of this is subject to change, however as according to the post on the game’s Fig page. InXile has stated that content and systems will more than likely change when the game releases.

InXile has made it clear that the game is in a pre-release look and that they encourage and want feedback from those in the Beta testing, with a Report Issue option on the menu screen, with feedback also highly encouraged on the Beta Discussion Forum.

The Beta for Wasteland 3 goes live at 9 am PDT on March 17, 2020, and at the moment there is no date for when the Beta will end. For those that qualify the key will be sent through Steam, for those that took part in the Alpha testing there is no need for a new key as they are already granted access to the Beta.