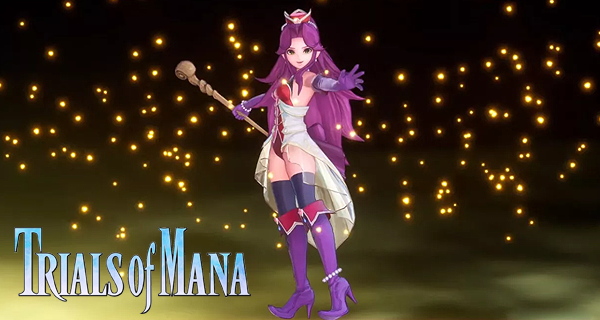 Square Enix’s Trials of Mana, the 3D remake of the 1995 classic RPG, Seiken Densetsu 3, releases its free demo ahead of the game’s full launch.

The free demo for Trials of Mana is available from March 18, 2020, until May 27, 2020, and the best part is that your save game data from the demo can be transferred to the full game version.

You won’t miss out on anything as the demo will begin where the main game starts, at the beginning of the main character’s journey. During the demo, players will encounter companions and will face-off against the mighty boss, Fullmetal Haggar.

Trials of Mana itself features many improvements over the original, including graphic improvements, character voiceover support, a new class with a new character leveling system and a new episode that is available after the ending.

Set in a high fantasy world, the game follows heroes as they attempt to claim the legendary Mana Sword and prevent the Benevodens, monsters of destruction, from being unleashed and destroying the world.

Trials of Mana is set to launch on April 24, 2020, for PC, Nintendo Switch and the PlayStation 4. Pre-purchasing the game will get you the Rabite Adornment DLC, and the special downloadable Trials of Mana wallpaper.