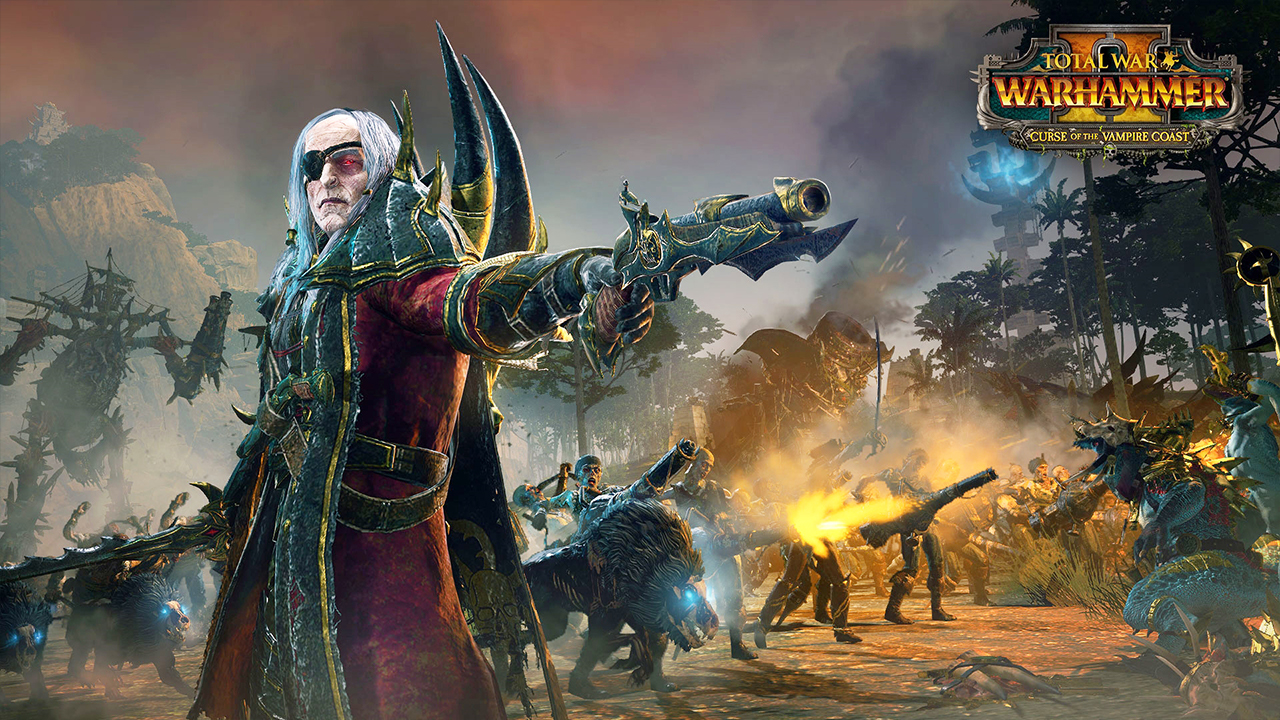 The latest DLC campaign pack for Total War Warhammer 2 has dropped. Dubbed as Curse of the Vampire Coast, it adds the Vampire coast as a playable race to Creative Assembly’s hit fantasy turn-based strategy and real-time tactics hybrid game.

Although labeled as a campaign pack, Curse of the Vampire Coast does not add a mini-campaign. Instead, it focuses on expanding the titular race with a host of new content including a full set of legendary lords.

Here’s a summary of the additions from Creative Assembly’s description:

You can also check out the game’s reveal trailer below for a peek at what’s in store when you purchase the add-on:

Total War Warhammer 2 Curse of the Vampire Coast is out now on PC.

Total War Warhammer 2 Rise of the Tomb Kings has just released a new Let’s Play video featuring gameplay from one of the new head-to-head campaigns.