Torchlight 3 Character Classes | Here’s What You Need To Know 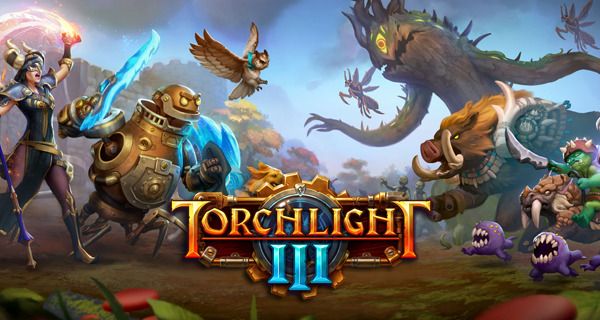 Torchlight 3 has recently launched into Early Access, and much of the discussion around the game has been on its character classes, so below we go through the game’s classes so far and how they work, with a few of their skills explained.

The newest of the classes in Torchlight 3, the Sharpshooter is a ranged specialist, using guns, bows, and magical trinkets to deal ranged damage, as well as having a host of area of effect abilities to take down enemies.

The most unique class to Torchlight 3 can build and control trains, dealing powerful attacks by sending the trains down tracks laid by the character.

Torchlight 3’s mech class is also the most flexible, with high maneuverability, an extra weapon slot on their chest, and the ability to use weapons, melee, and magic, taking advantage of single target, and area of effect damage and debuffs.

The natural magic wielder of all the classes in Torchlight 3, the Dusk Mage is a ranged character, relying on its slows and debuffs to enemies at bay. The Dusk Mage can buff allies, and debuff enemies depending on whether they choose the Light or Dark ability trees.

Torchlight 3 is a unique game and the classes help the game stand out. You can get the game now on Steam Early Access, with the game hopefully launching later in the year.