Titanfall 2: Experience the Game in These Awesome Gameplay Videos! 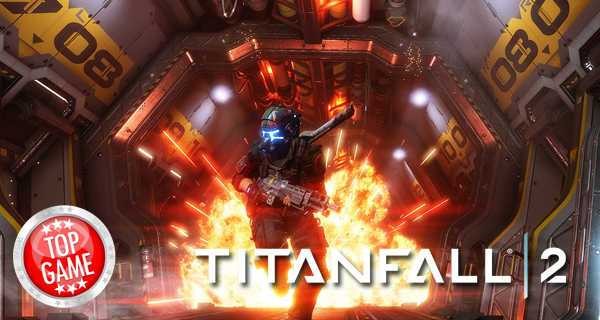 Witness an action-packed Titanfall 2 single player and multiplayer gameplay in these gameplay videos.

EA’s highly anticipated game, Titanfall 2, has launched both a single-player and a multiplayer gameplay video for everyone to enjoy. Both videos were released at the E3 event, and in case you’ve missed it, we are here to show it to you.

The single player gameplay video looks very much like a cinematic trailer with very nice slow motion, stunning rustic sceneries as well as breathtaking action scenes. The multiplayer, on the other hand, starts and ends in hard-hitting action. It will open with titans falling from the sky and end with exhilarating mid-air grappling hook moves that look absolutely fun!

The single-player gameplay video features a well-thought-of single-player campaign that looks into the partnership made between man and machine. You will play as a Militia rifleman who dreams to pilot one of the amazing Titans. With everything that is happening behind the IMC enemy lines, a chance comes up and you will be thrown into a mission that was not supposed to be yours in the first place.

Titanfall 2’s multiplayer action doesn’t compare to any other. It delivers a fast-paced deep multiplayer experience that you will definitely love and ultimately be addicted to.

Titanfall 2 will be out on October 28, 2016. Did you enjoy both videos? Are you excited about the game? Share with us your thoughts in the comments below.