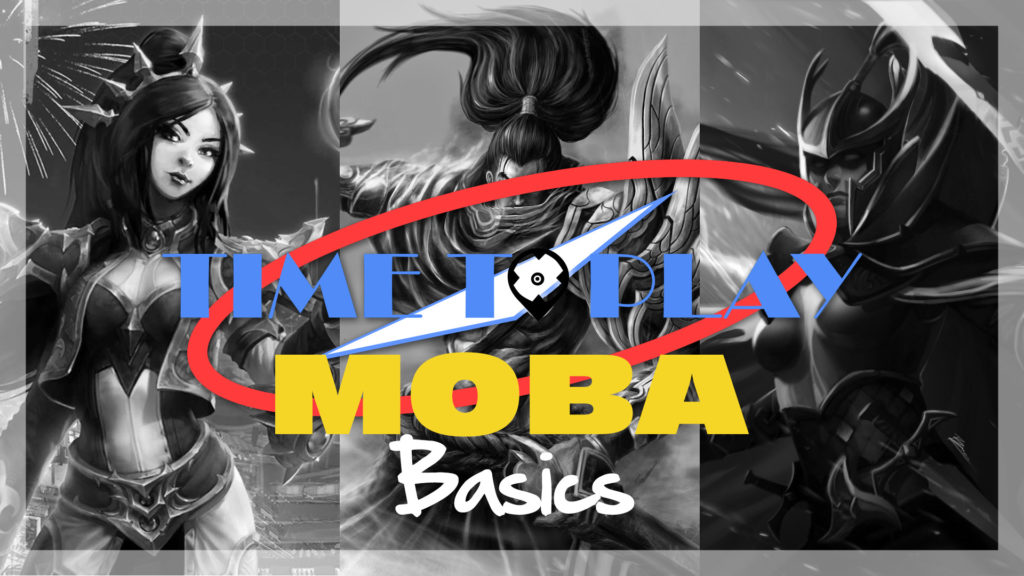 Have you been itching to get into the MOBA scene but have no idea where to start? Well, there’s no need to worry because AllKeyShop.com has got you covered.

Let us take you to the realms of powerful heroes and villains locked in eternal power struggles as we tell you everything you need to know to finally join in on the conflicts. We’ll also show you the top 3 MOBAs and help you decide which side and battleground to pick.

Are you ready? OK, let’s get started!

MOBA stands for Multiplayer Online Battle Arena, a term coined by Riot Games as the genre for their then newly released game, League of Legends or LOL. League of Legends is however not the first MOBA. In fact, the roots of the genre can be traced back to more than two decades ago.

Although other publishers have given the genre their own names, MOBA is the only name that has really stuck with gamers.

MOBAs are usually played by two opposing teams, usually with five players each, with the goal of destroying the main structure in the enemy base.

Players each control an individual character that grows stronger and gains access to different skills as the game progresses. These characters normally play a specific role for the team based on their skills and stats. Once a character reaches a certain level, they usually gain access to their most powerful skill which is called their ‘ultimate’. 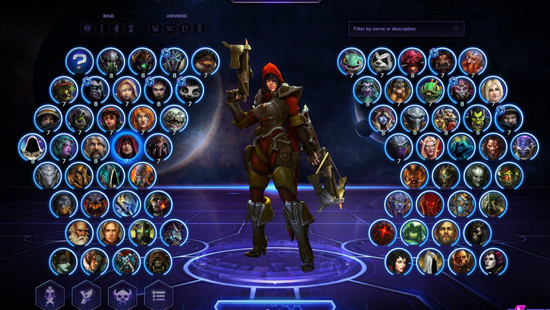 There are normally three types of characters. The ‘carry’ is known for having huge DPS (damage per second) values and is the main damage dealer of the team. The ‘tank’ has a huge amount of hitpoints (HP) and/or skills that boost defense and often take the bulk of the damage dished out by the enemy team. The ‘support’ assists other characters in getting kills and have highly specialized skills that are crucial in team fights (clashes). Some characters may have more than one type depending on how they are played. If you’re new to MOBAs, it might be a good idea to start with a character that has a ranged attack and only one or two active skills.

Along with player-controlled characters, weaker computer-controlled units called ‘creeps’ spawn from the bases and go on to attack the enemy base while following a pre-programmed path. Strong defensive structures called ‘towers’ are placed strategically along these paths and must be destroyed for the creeps to get closer to the enemy base. These towers are really strong so make sure to stay out of their attack range while your character is still weak.

The game map usually has the bases at opposing corners or the map. There are usually three main paths that lead to the enemy base and that creeps follow. These are called lanes. Depending on their location, the terms top, middle (mid) and bottom are usually used to refer to these lanes. 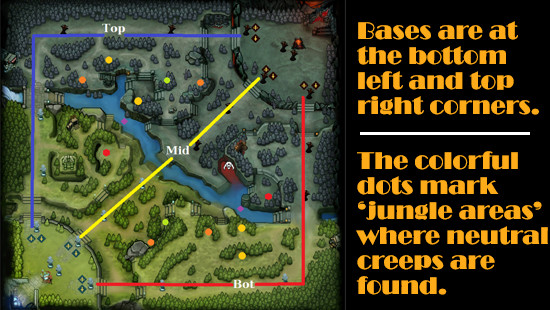 If you are new, it is a good idea to take the ‘safe’ lane. The safe lane is the longest lane for your team where creeps often clash closer to your tower. Since you are closer to the tower, you are relatively safer from enemy surprise attacks or ganks.

Even though destroying the main enemy structure is your main goal, you’ll have to kill enemy creeps and characters to gain experience points and gold. Getting enough experience will let your character level up and gain access to more skills or increase the power of your current ones. Gold allows you to purchase items that boost your stats or sometimes even grant additional skills. The more powerful your hero becomes, the better your chances are of winning. 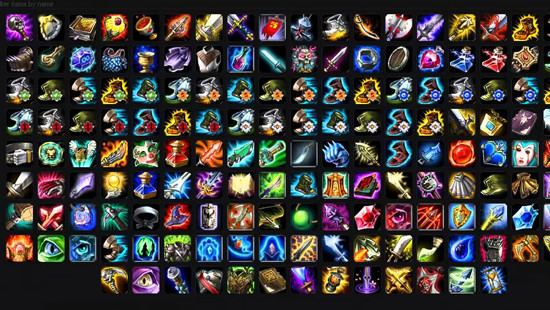 MOBAs are team games. Although it is essential that you level up your character and equip it with the right items, you must also consider whether your allies are getting enough gold and experience too. The amount of gold your character should get often depends on the role it plays in your team.

There are certain things that a team needs to put into consideration to ensure they get a better chance at victory such as the synergy of the characters they pick, individual roles of the characters, and which lanes the characters take in the early game. These are things you will learn as you play more matches and get to understand how each character works. Ultimately, teamwork will be essential if you’re looking for the win. 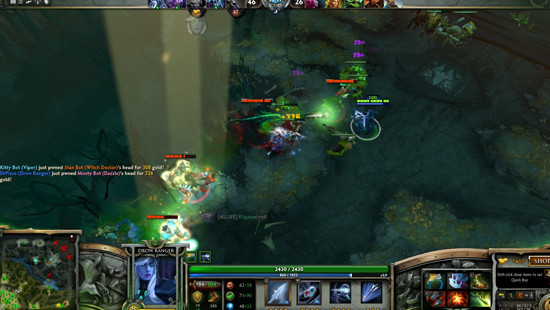 Make sure to tell your teammates when an enemy hero is missing from your lane as this might save them from a possible gank. They’ll definitely thank you for it.

That’s it for the basics. There’s a lot more to learn about these action-packed games, but these should help you get started on your MOBA journey. Of course, the best way to learn a game is to simply try it out. That’s why in part 2 of this article, we’ll look into 3 of the most popular MOBAs right now. Make sure not to miss it.

If you’re still not too confident you can jump into the MOBA scene head first, here’s a few games you can try out that will introduce you to a lot of MOBA gameplay mechanics and help you get your feet wet.

Click here to jump to the next article in this series.