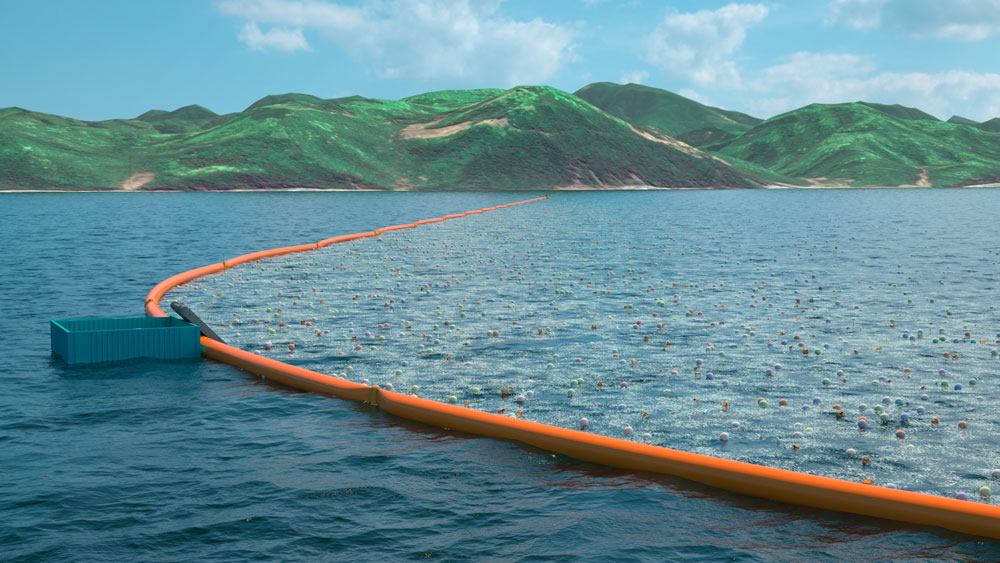 In order to understand just how big a challenge they are about to face, the team from The Ocean Cleanup has conducted an aerial expedition. The expedition was done between September 2016 and October 2016. The team was composed of 10 researchers, 3 sensor technicians and 7 navigation personnel.

Using a combination of advanced sensors and the help of experienced human observers, the team counted the debris they can see while aboard the Ocean Force One, a C-130 Hercules aircraft. Flying at a speed of 140 knots and an altitude of 400m, the team used the data from the advanced sensors which helped them convert the count from the visual survey to a weight estimate. They used the size of the objects that were detected in order to come up with this estimate.

The video below shows what transpired during the Aerial Expedition:

The Ocean Cleanup’s Pilot is set to be deployed sometime this year.

The Ocean Cleanup: Spearheading the Largest Cleanup in History

Plastic pollution has been an on-going problem for years now, and it not only affects our oceans, but also those living in it, and those making a living from it. This problem affects millions of seabirds and a hundred thousand marine mammals each year. It also poses health risks to humans, and also affects industries (tourism, fishing, etc.) that rely on our waters for a living.

The Ocean Cleanup, an organization based in Delft, The Netherlands, aims to “extract, prevent, and intercept plastic pollution by initiating the largest cleanup in history”. They are currently developing the first-ever feasible method of ridding our oceans of plastic through the use of V-shaped floating barriers. Founded in 2013 by then 19-year-old Boyan Slat, the organization currently has more than 25 staff, and over 100 volunteers.

The Ocean Cleanup aims to conduct its cleanup operation by the year 2020. Its first pilot system will be deployed in the ocean within this year.

So how can we help?

As part of Allkeyshop’s aim to be part of this great cause, we are calling out to you, our users, to also take part in this initiative by donating some of your Allkeyshop Points.

Your Allkeyshop Points will definitely go a long way. With every Point you donate, Allkeyshop will convert it into Euros and donate it to The Ocean Cleanup to help them take a step closer to covering the costs of preparing for the 2020 cleanup. Aside from that, we have also created a lottery where you can get a chance to win 1 game of your choice from your Wish List. You can get more details on our Allkeyshop for Charity Lottery Page.