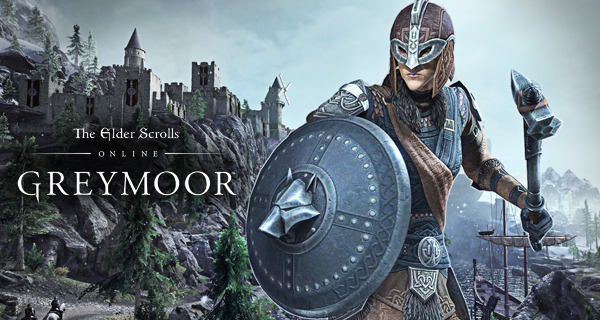 The Elder Scrolls Online: Greymoor expansion has finally been given an official release date after it was recently announced that the initial release date of May 18 wouldn’t be met.

The Elder Scrolls Online: Greymoor is the game’s biggest piece of content, as well as making small adjustments to abilities, the expansion will see offers a free prologue and most importantly will close the Skyrim storyline.

Many games have seen a revival in numbers due to the coronavirus pandemic and in a post shared on Twitter, Game Director, Matt Firor revealed that the game more popular now than it has been in years saying, “we have more people playing ESO right now than at any point since 2015. We are very grateful that ESO is able to provide so many people a welcome respite from the ongoing crisis.”

As for bug fixes, Firor acknowledges they still have problems to fix but reassures us that they are working hard on it, stating, “We know that we still have a “delayed input” problem that prevents key and button presses from registering, especially in high-stress situations like Keep sieges in Cyrodiil, Trials, and other large PvE events.”

Updates and fixes seem to be going well for the release of Greymoor with Firor stating that they “continue to hunt down and fix performance problems and work on both client and server optimizations, some which are going live with Update 26.”

The Elder Scrolls Online: Greymoor will now release May 26 for PC, and June 9 for Xbox One and PlayStation 4. Firor revealed that they are confident of making the new release dates but did also admit that they “haven’t launched a major ESO update while working remotely before, and unforeseen problems can and do crop up.”

He finishes the post by saying, “wash your damn hands”.