Ubisoft’s latest adrenaline inducing snow sports game Steep reveals new content. Along with that announcement are the details of the upcoming 1.04 update.

Alaska is the name of the newest content that is coming to Steep. The extreme Alaska map is absolutely free and is coming to us on February 10, 2017, available for PC, PlayStation 4 and Xbox One. 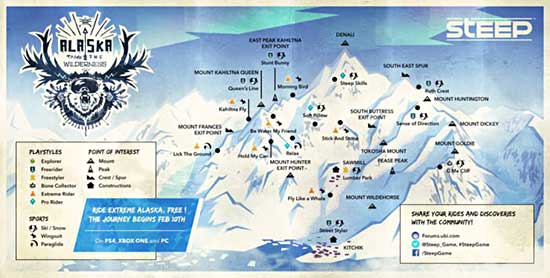 With the new content announcement is the details of the latest Steep update 1.04. This new update includes new fixes, improvements, and all new features. The new improvements that are part of the update are the Welcome Dashboard, Line Page, Steep World Tour, Community Challenges, New Customization Items, Director Mode as well as the ability to hide HUD.

Improvements to the G-force System, New Jump Behavior, Character Barks, Mountain View Display, Music Track, Display of Players’ Icons, and Challenge Ghosts are made and is actually released already. There are also some bug fixes made and you can check out the complete list here.

The announcement of the 1.04 update can be seen in a YouTube video from Ubisoft US featuring the Community Developer Thibaut Zimmer and Game Director Arnaud Ragot. Check them out in the video below.

Steep debuted last December 2, 2016. Available for PC, PlayStation 4 and Xbox One. Soon it will be available for Nintendo Switch as well. 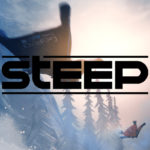 Steep Update 1.03 Brings Tricks Improvements and More The Steep update 1.03 brought some bug fixes as well as some game improvements that players would really like! You can check out the list here!