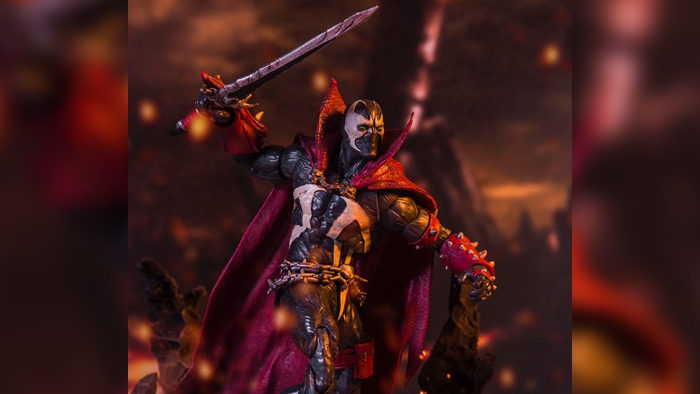 Fans and players alike have been pushing for the addition of Spawn to Mortal Kombat 11, and while many have speculated that the iconic hellspawn will eventually make it to the game, we now have our first concrete confirmation of his upcoming release.

What’s even more interesting is that the official Mortal Kombat 11 account replied to McFarlane’s tweet, hinting on exactly when Spawn will become available to Kombat Pack owners.

You can check out the exchange below:

If the action figure is representative of Spawn’s in-game appearance, then fans may be treated to some new sword-based moves from the infamous anti-hero. Could it be the demon-slaying Sword of the Spirit? In any case, we can’t wait to see it in action.

Mortal Kombat 11 is available on PC, Xbox One, PlayStation 4, Switch and Stadia.