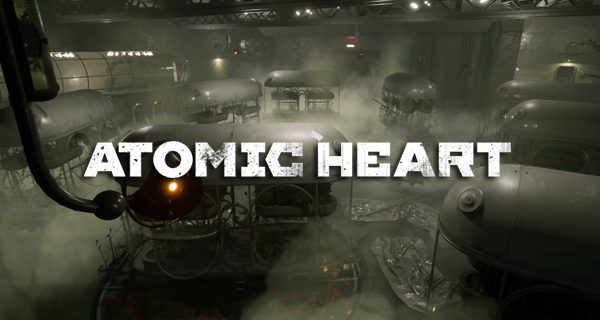 It has been almost a year since we’ve seen an Atomic Heart trailer, and the one released a day ago is as weird as ever. Russian developer, Mundfish had been quiet for quite some time now because of controversies regarding managerial incompetencies as well as faked gameplay footage. It seems that all is well now because we get to see a new trailer for the game.

The trailer features a lot of crazy things like a clear slime-looking thing that has what looks like leaves since it is green, there is also a gigantic robotic worm-like creature flying or jumping in the air that could possibly be a drill, a hovering capsule-like thing that looks like it is 3D-printing something out of thin air, and a thor-like hammer can also be seen. Get to watch the Atomic Heart trailer below:

“Atomic Heart is an adventure first-person shooter, events of which unfold in an alternative universe, during the high noon of the Soviet Union. The main character of the game is a special agent, who was sent to a highly secret object by the Soviet government after it went radio silent.

Soviet setting with a pitch of insanity, action-packed gameplay and a thrilling story will keep you entertained for the whole duration of your journey into the world of Atomic Heart.

Unfold the secrets, restore peace and order, and show the Motherland what you got!”

Atomic Heart is set to launch on PC, PlayStation 4 and Xbox One. No specific launch date has been given as of right now.