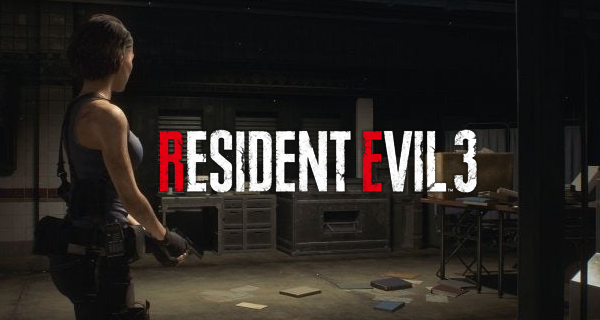 The livestream of the upcoming Resident Evil 3 remake showcased things we already knew but gave us a little insight into what to expect from the new mechanics that have been added to the game.

The livestream started with Jill in the Redstone Subway Station, showing us what we already knew, which is that the game will continue with the over-the-shoulder camera style that we saw implemented so brilliantly with the Resident Evil 2 remake, giving the game a claustrophobic feel.

Immediately we were shown that the game features breakable boxes that can be destroyed to find items and supplies such as bullets, a mechanic that Resident Evil 2 did not have. Whether breakable boxes are for you or not, the combat knife that Jill carries was revealed to not have durability, meaning you can stab and break things without the fear of it breaking.

The livestream took us outside the station and just as with the Resident Evil 2 remake, Resident Evil 3 has had a visual makeover to modernize the look and feel of the world with zombies uglier, meaner and more aggressive.

A couple of interesting mechanics were revealed that helps with the immersion and flow of the game. When zombies grab you, there is now the ability to smash a button repeatedly in a QTE style to shake the zombie off quicker and in doing so you will take less damage.

If you need space between you and a zombie or a group of them, there is now the dodge mechanic that you can use to dodge in any direction you wish to. A perfect dodge will mean you can get up and out of a situation much quicker, giving you more time to decide on your next action.

If you are in a sticky zombie situation there are exploding barrels that can be found throughout the game. They may not be new to the Resident Evil series but they are a welcome mechanic.

A wonderful nod back to the original game was when the livestream gameplay took Jill past the Blue Mountain Store House, which is where Jill met Dario in the original game. They are small details, but it shows a dedication by the developers to keep the Resident Evil universe consistent.

As well as exploding barrels, Resident Evil 3 has generators that you can shoot to electrocute a group of zombies that are within range of its charge, giving you time to pick your shots with your weapon.

The game has storage boxes that can be found scattered around, offering you the chance to drop in any items, weapons, ammunition or herbs that you just don’t have space for in your inventory at the time.

Resident Evil 3 expands on the Resident Evil 2 remake, rather than try something completely new. There are a few mechanics, but the look, feel and attention to detail are all there and in true Resident Evil style, the livestream ended with showing what happens when Jill died. It was a brutal death with Jill having her throat ripped out by a zombie and sending us to the YOU ARE DEAD screen.