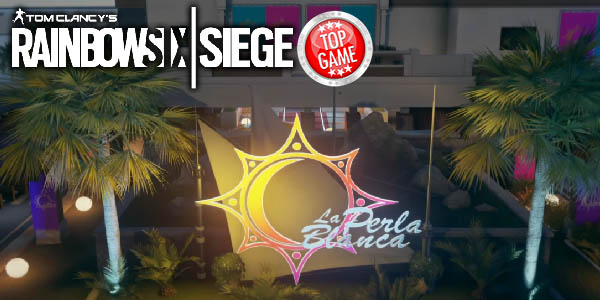 The map is set in a resort on the shores of Ibiza, Spain. It showcases blue skies, fancy decorated lounges, a billiard room, a beautiful courtyard. This is luxury at its finest and can be played in PVP and PVE!

“Start Year Two on the rocky shore of Ibiza, Spain, with Rainbow Six Operation Velvet Shell. The vivid new multiplayer map ‘Coastline’ both available in PVP and PVE is designed to drive a surround flow of combat for a final rush at its core. Get ready for an effervescent night ambiance with neon lights of bars and open-air-parties, which Ibiza is famous for. Daytime is a hazy afternoon on a hot summer day after a long night out.”

The map kind of offers a vacation feel to the game, but there won’t be any relaxing done here! Check out the teaser trailer announcement of Coastline below:

Rainbow Six Siege season two will be further talked about on February 3-5 at the “Rainbow Six Invitational”. So stay tuned for that!

Rainbow Six Siege is available to be played on PC, PlayStation 4, and Xbox One!

What do you think about the new map Coastline? Wouldn’t it be a great vacation spot? 😀 Share your thoughts with us in the comments below. 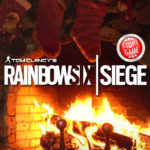