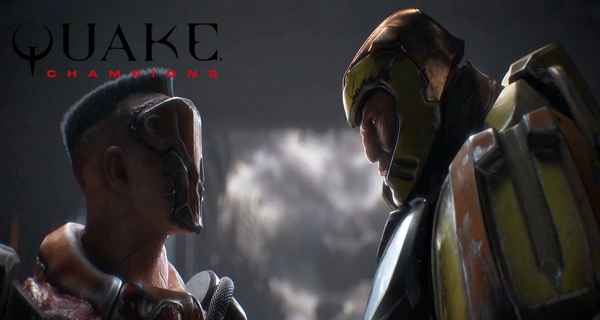 The Quake Champions gameplay trailer will truly excite you!

id Software revealed the first Quake Champions gameplay trailer during QuakeCon 2016. The trailer shows the game’s environment as well as the characters’ fast movement. The video also showed the return of Rocket Jump, where players shoot at the ground which then propels them high up in the air.

Speaking during a presentation at the QuakeCon 2016, Tim Willits from id Software said that they’re “focusing on pure Quake gameplay.” He cites players’ movement and speed, as well as rocket jumps and zero weapon loadouts, are what makes the core components of a Quake game.

“If you want a gun, you go pick it up! You time the pick-up right, or you kill an opponent and take it. That’s how you get a gun in a Quake game!” he added.

Although there is no specific release date yet for Quake Champions, expect a closed beta to happen sometime next year. We’ll keep you posted with more details about that.

Quake Champions was first revealed during Bethesda’s event at this year’s E3 conference.