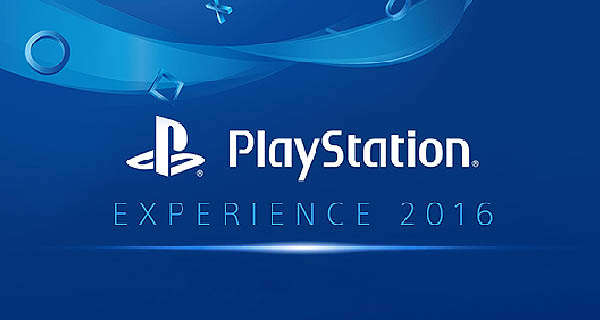 Absolver is an online melee action video game planned for 2017. Your main goal as a fighter is to be worthy to be a part of the Absolver peacekeepers in the land of Adal.

Ace Combat 7 brings exhilarating dogfights. The game will be launched in 2017 and this action combat flight simulator is a game that you should definitely watch for.

Crash Bandicoot N’ Sane Trilogy is a game that everybody would enjoy. The loveable Crash is back and now with a whole lot of adventure. This game is also coming in 2017.

The Danganronpa V3 is the comeback of a twisted killing game. Now with new characters and new crime scene locations. An all new Danganronpa is heading your way on 2017.

Destiny Rise Of Iron – The Dawning

The Dawning is Destiny Rise Of Iron is the game’s winter event. It includes new challenges as well as a racing event. This will be available starting December 13th.

Dreadnought is an outer space combat flight simulator. This massive capital ship warfare is scheduled to be released by 2017 but a closed beta sign up is currently available.

Enjoy fighting a battle arena with gladiator-type battles. Fight for fame and glory in this ultimate sport of the future.

The very popular racing game is back and with new, awesome adjustments. Get to hit the road once again as Gran Turismo Sport releases in 2017.

Fight the impossible in Gravity Rush 2. The sequel to Gravity Rush is more-alive-than-ever-before. Play the game by January 2017.

Bring to light the secrets of the earth in Horizon Zero Dawn. Get to explore the vast open world environment of Horizon starting February 28, 2017.

Are you a Marvel or Capcom fan? Choose from your favorite characters and battle it out this coming 2017.

Play a different take on the game Tomb Raider. This time it is more simplified and is a turn based, puzzle-solving game. You will get to see this lovely version of the game by December 2016.

Set in the universe of Nier, otherworldly machines and humans are at war. Follow the epic story of these battles by March 2017.

Draw out your sword or any samurai weapon you can put your hands on! Being a westerner is no set back on becoming a Samurai. Grab the chance to step into the shoes of William Adams this coming February 2017.

Parappa The Rapper Remastered, the very catchy rhythm game is making a comeback on its 20th anniversary.

Supergiant Games’ newest game Pyre will bring its players to a high fantasy setting in purgatory. The game will be available by 2017.

From the Resident Evil franchise comes another hair-raising experience. Play as Ethan as he searches for his missing “dead” wife. Available by January 24, 2017.

Reminiscent of the popular game Doom. Strafe is a first person shooter from Pixel Titans that will surely give you an adrenaline rush. Strafe will be out by early 2017.

Akuma is coming to Street Fighter 5 as seen in the trailer. Available for pre-order now, the Character Pass will include Akuma plus 5 new other characters.

A story of a boy and a giant beast that will leave you breathless. This amazing game will launch on December 6, 2016.

The Last Of Us Part 2

Ellie and Joel are back, and Ellie is out for revenge, She’s all grown up and brings a new experience to the table since she plays totally different from Joel.

Naughty Dog has a new breathtaking adventure for all of us. Set to be released in 2017. Watch the trailer and find out what you will be up against in Uncharted: Lost Legacy.

Vane presents a new artistic, adventure. Most information about this game is hush hush and we are yet to see more aside from this mystifying trailer.

What Remains of Edith Finch

A game from Giant Sparrow that is quite a curious spectacle. Set to be launched in Spring 2017. You will ask yourself what remains of Edith Finch?

Get to play WipEout in one great collection! From WipEout HD, Fury and 2048 all are remastered and super sharp! Coming out Summer of 2017!

The original flying disc game from 1994 is back. This may be an oldie but it is definitely a goodie since it did have a cult following back in the 90’s.

The prequel to the YS series, get to know the backstory where in which it all begun by February 21, 2017.