Overwatch Year of the Rooster Event Has Commenced! 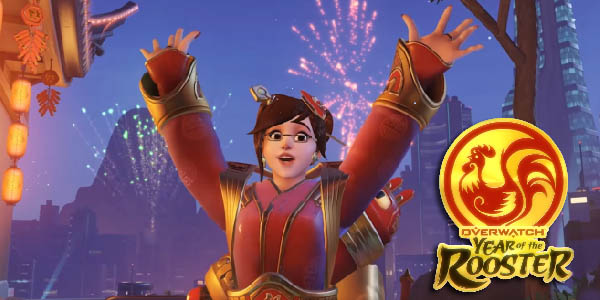 The newest Seasonal Event is here with the Overwatch Year of the Rooster Event! It has already started and will run for three weeks, ending on February 13.

This event celebrates the Chinese Lunar New Year – Year of the Rooster. As with other seasonal events, there are great new cosmetic items as well as a new gameplay mode!

Loot boxes are now Lunar Loot boxes which contain skins, profile icons, victory poses, emotes, sprays, highlight intros and so much more. Event skins can be seen for Mei, Tracer, Mercy and Junkrat and Journey to the West inspired skins are available for D.Va, Winston, Zenyatta, and Roadhog.

The new team brawl mode is called Capture the Rooster a different take to capture the flag. This will take place on a decorated Lijiang Tower. Blizzard has this to say about the new brawl mode, “In this fast-paced brawl, players will need to get creative with their team compositions as they attempt to construct a lineup that’s simultaneously built for offensive speed and defensive stability.”

Get to enjoy watching the Overwatch Year of the Rooster announcement video below:

Grab the chance to collect over 100 themed cosmetic items that you can keep even if the event is over. The Overwatch Year of the Rooster event is now live for PC, PlayStation 4 and Xbox One! 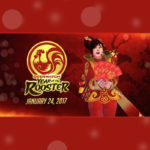